Lando Norris will make his third straight start in the Supercars Eseries this Wednesday.

The McLaren Formula 1 driver has already made a pair of starts in the Supercars Eseries, a debut on the Spa-Francorchamps circuit two weeks ago followed by a second outing at the Circuit of the Americas last Wednesday.

The COTA appearance yielded a win for Norris, who triumphed in the reverse grid heat at the Texan circuit.

He's now set to make a third appearance for Walkinshaw Andretti United, Norris locked in for this week's double-header on the NASCAR circuits at Charlotte and Daytona.

Norris will be the second prominent McLaren figure to race a virtual Supercar appearance this week.

His team boss Zak Brown was a front-runner in the celebrity Eseries event, having been fighting for a podium position in the first race before being taken out by Mick Doohan. 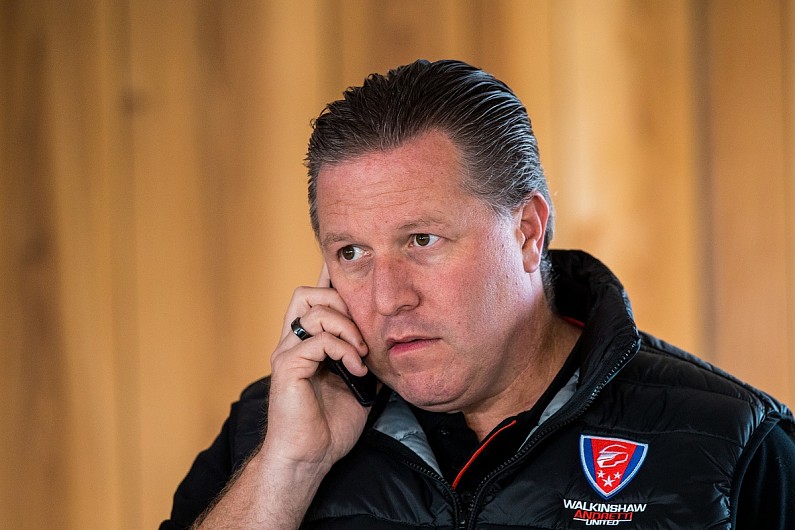 Steffensen found himself on both the right and wrong side of a late drama in each of the two races, starting with a somewhat fortunate win in the opener.

He had spent the majority of the race well behind Dan Reardon, the motocross ace bolting from pole and swiftly building a lead of over five seconds.

However Reardon struck trouble three laps from home, DJ Carl Cox sending the leader into a spin on Mountain Straight while being lapped.

That gifted the win victory to Steffensen, his winning margin a healthy 10 seconds over Supercross legend Chad Reed.

Reardon was briefly dumped back to fourth following the Cox contact, but did manage to get back on the podium after passing Greg Murphy at The Chase on the penultimate lap. He almost caught Reed in a frantic final lap, with the pair only split by a couple of tenths at the line. 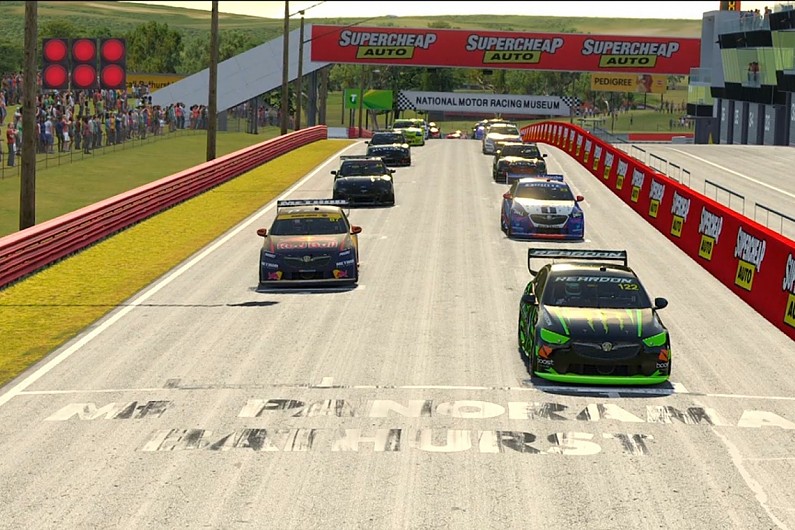 Mick Doohan finished fourth despite a mid-race clash with Brown. The McLaren boss had been running a relatively comfortable third, only to be tagged by an out-of-control Doohan at Murray's Corner. Once going they rubbed panels again down the front straight, running Erebus boss Barry Ryan wide in the process.

As expected there was plenty of drama at the early stages of the reverse grid race.

At first it seemed Reardon had fared best of the front-runners, getting as high as fifth on the first lap before the Safety Car was called to calm things down. However he was taken out during the caution and dumped to the back of the field.

That left Steffensen well-placed for a clean sweep, the Race 1 winner well within striking distance of pole-sitter Scott Pedder with a couple of laps to go.

However an unforced error at Hell Corner on the final lap cost him, with Pedder able to cruise to victory by seven seconds over Blake Williams and Brad Hodge. Steve Richards and Doohan were next, with Steffensen dropping back to sixth.