Alex Marquez pipped his Honda team-mate and brother Marc Marquez in the Misano Virtual MotoGP race, after the latter ran wide at the final corner on the last lap.

Petronas SRT's Fabio Quartararo dominated by close to a second in qualifying to claim his third virtual pole, and managed to retake the lead after Alex Marquez briefly jumped him into Turn 1 off the line.

Behind, fourth-placed Maverick Vinales crashed along with Avintia's Tito Rabat and Takaaki Nakagami on the LCR Honda.

Quartararo carried over his searing pace from qualifying to lead by 1.7 seconds at the start of the second lap ahead of Marc Marquez, who jumped his brother after Valentino Rossi (Yamaha) crashed following contact with the reigning Moto2 champion.

Alex Marquez quickly got back onto the pace and found no resistance from Marc when he caught him on the run through Turn 11 on lap two.

Quartararo's lead remained healthy onto the third tour, though his hopes of victory were dashed when he went down at the Turn 8 left-hander.

This released Alex Marquez into the front of the pack, with Quartararo and Marc Marquez following. 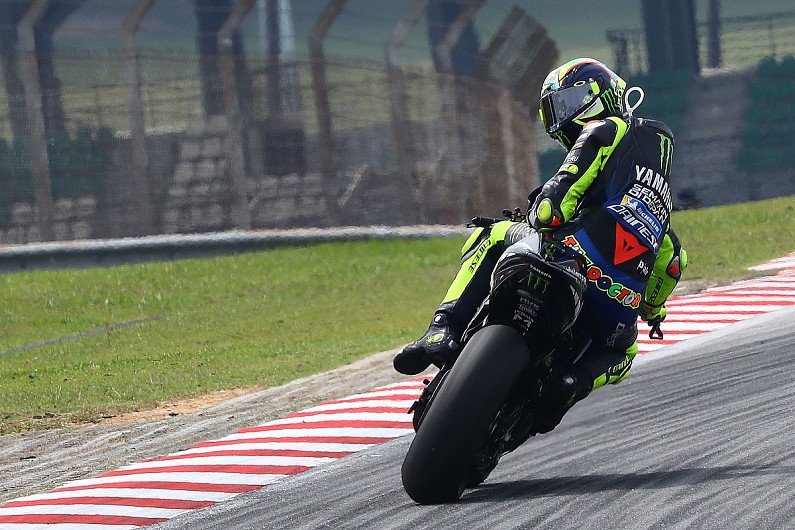 Quartararo quickly reeled in Alex Marquez and attempted a pass into the last corner at the end of lap six, though the Honda rider held firm.

However, a few corners later, the pair made contact, with Alex Marquez crashing and taking Quartararo with him, allowing Marc Marquez to moved into the lead.

The elder Marquez brother's lead was wiped out by the final lap, but he held station heading into the final few turns, while Quartararo crashed again at Turn 14.

Marc Marquez looked to have a maiden virtual win wrapped up, but made a slight mistake at the last corner, which let Alex Marquez carve up the inside and out-drag him to the line to claim his second virtual MotoGP victory.