Formula 1 has launched its first official eSports series, which will be based on the soon-to-be-released F1 2017 video game.

The Formula 1 eSports Series will be run as a partnership between F1, game developer Codemasters, and eSports specialist Gfinity.

Its inaugural season will kick off with qualification events being held through September, after the launch of the F1 2017 game on August 25.

Qualification will determine the 40 quickest drivers, who will be invited to the live semi-finals at the Gfinity Arena in London on October 10-11.

The top 20 from the semis will qualify for the finals, which will be a three-race event held as part of F1's season-closing Abu Dhabi Grand Prix in November.

In addition to the inaugural F1 eSports title, the winner will receive automatic qualification to the 2018 semi-finals, will be included as a character in the F1 2018 game and be named 'Formula 1 eSports champion expert'.

"This launch presents an amazing opportunity for our business: strategically and in the way we engage fans," said F1 commercial boss Sean Bratches.

"First, it's a growing category with tremendous fan engagement that we're entering in a big way; and we are proud to have Codemasters and Gfinity joining us on this ride.

"Of course as we do in Formula 1, we'll continue to evolve and innovate in the way we run this virtual counterpart to the F1 championship to ensure we provide the most exciting and enjoyable experience we can for our fans."

According to Codemasters CEO Frank Saigner, the eSports concept will take fan engagement to a new level.

He said: "eSports is one of the fastest growing sectors of gaming already attracting audiences in the tens of millions.

"We are delighted to be announcing this incredible racing series with Formula 1 for our upcoming F1 2017 game.

"The highly competitive nature and high-speed spectacle of the sport combined with the authenticity of our game will provide a thrilling experience for players and viewers across the world.

"We look forward to engaging more deeply with our loyal and passionate community, and to bring new fans to both our game and the sport itself."

While this is F1's first official step into the eSports segment, motorsport has been closely aligned to gaming for a number of years.

The Nissan GT Academy programme is the most famous, taking Gran Turismo gamers and turning them into factory Nissan GT and LMP drivers.

McLaren is also dipping its toe into eSports this year with 'World's Fastest Gamer' project, which will see one gamer hired as the team's F1 simulator driver.

It also held a major event in Las Vegas in January with a million-dollar prize fund, while several others have officially backed virtual series based on their championships. 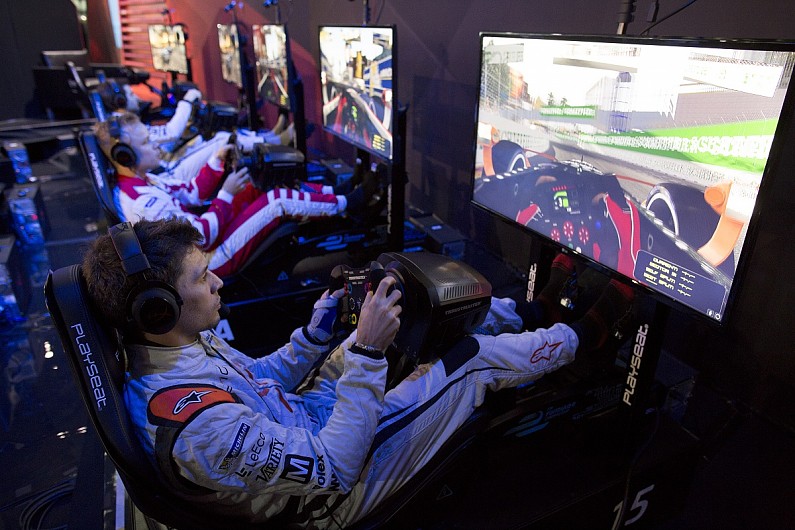