A late effort from Guanyu Zhou topped an interrupted FIA Formula 2 qualifying in Bahrain to secure the feature race pole position, but the Chinese driver is under investigation.

The UNI-Virtuosi driver saved his best until the final moments of qualifying to post a 1m42.848s to pip Alpine Academy rival Christian Lundgaard by three thousandths of a second.

Zhou’s effort to edge Lundgaard in a frantic end to the 30-minute session not only secured pole for race three, but also ensured he took four valuable championship points.

However, this all remains provisional as there was even more drama at the end of the session, as Zhou triggered an FIA investigation for taking the chequered flag twice in the session - having returned to the pits rather than taking the escape road to the support paddock.

As previously reported, the new weekend format means that the top 10 from this session will be reversed on the grid for Saturday’s race one, while positions 11-22 are locked in as normal.

The full results from qualifying will then form the grid for Sunday’s feature race.

As a result of this format change, David Beckmann, who finished 10th, is on reversed-grid pole position for race one.

The session started in a busy fashion with a flurry of banker laps, quickest of those in the first 10 minutes was the 1m43.315s effort from practice pacesetter Felipe Drugovich, which pipped Lundgaard (ART Grand Prix) and Jehan Daruvala (Carlin).

Drugovich remained on top as the session reached its halfway point and teams began to gear up for second runs. 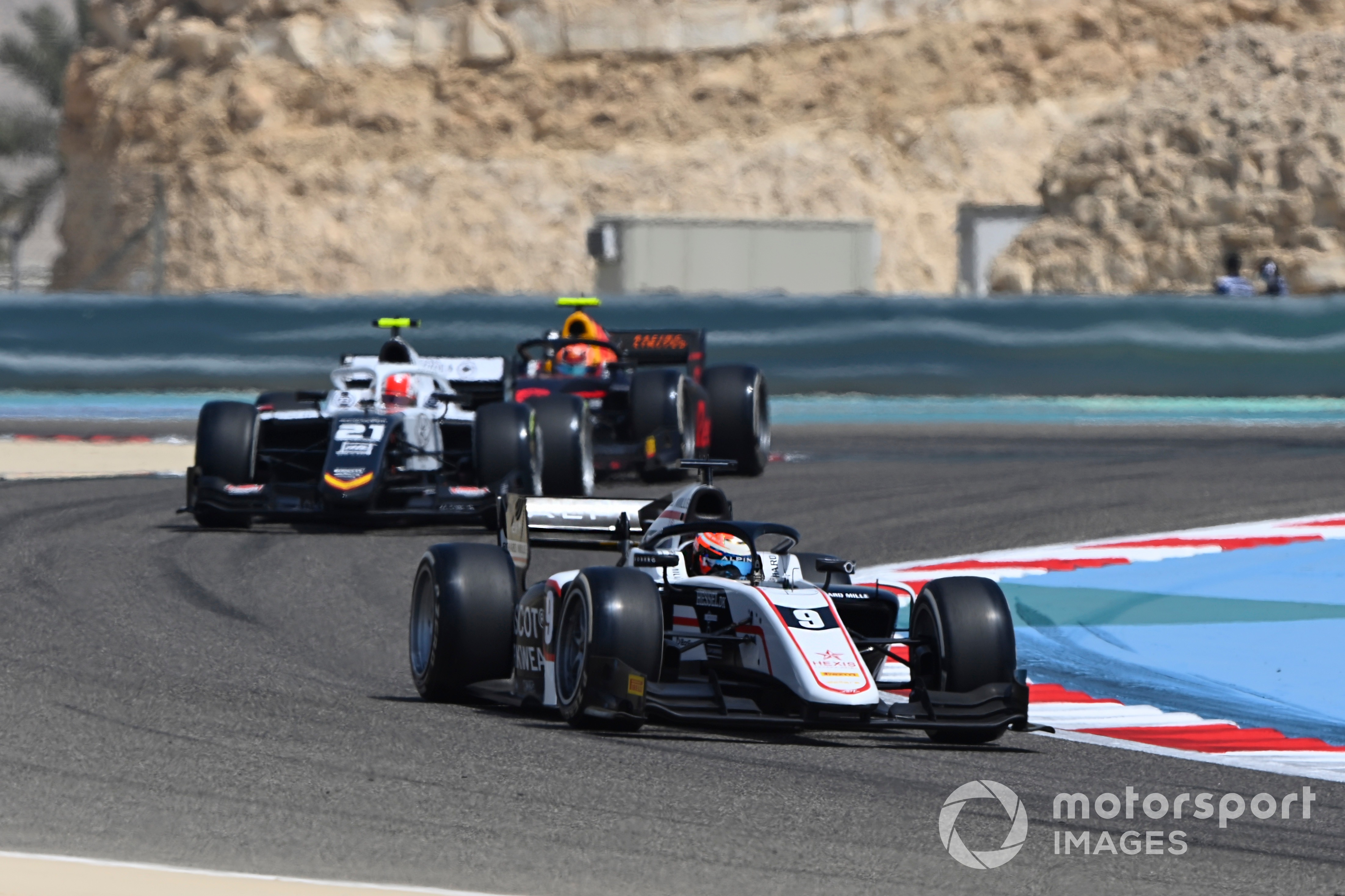 Although late to appear from the garage, Zhou made the most of an off sequence maiden run on a clear track to jump to provisional pole by 0.022s, courtesy of an 1m43.293s lap with 13 minutes remaining.

It proved to be a disastrous end to the session for Shwartzman as he suddenly lost power and came trundling to a stop at the final corner, while occupying fifth. The stricken Prema-run car brought out the red flag with six minutes remaining.

A frantic final five minutes of the session unfolded following the stoppage and it was Lundgaard who struck first as he jumped to the top of the times by half a second with an impressive effort.

Although, not to be outdone, Zhou responded with a late effort to take the provisional pole.

Another driver to improve late on was MP Motorsport’s Richard Verschoor - a late addition to the grid - who took sixth in front of Daruvala.

Prema rookie Oscar Piastri, Liam Lawson (Hitech Grand Prix) and Beckmann rounded out the top 10, which will be reversed for race one.

Meanwhile, title favourite Shwartzman will start races one and three from 12th after his mechanical issue in qualifying.

Trident’s Bent Viscaal, who was 26th fastest, is also facing an FIA investigation for a possible pitlane infringement.

Saturday’s opening sprint race of the season is due to begin at 10.25 GMT.