While Ferrari protege Callum Ilott took victory on his first start with the team, it came only after Renault F1 Junior and team-mate Guanyu Zhou slowed shortly after the mid-race pitstops at the Red Bull Ring.

Zhou, who had blitzed the field in qualifying to take a clear pole position, rejoined after the problem cleared in the pits but was one lap down and finished 17th.

Zhou - nicknamed 'Joe' - was able to claim fastest lap on a new set of soft tyres just before the race finish, but as he did not finish in the top 10 so was ineligible for the two bonus points on offer which instead passed to next-quickest Ilott.

Virtousi boss Andy Roche told Autosport: "The only thing we missed out on was a 1-2.

"We got pole, fastest lap and the two fastest pitstops - the only thing that went wrong was the technical glitch on Joe's car.

"It's a bit of a strange one - it cleared itself and it ran fine to the end of the race."

Roche believed that Zhou, who had just edged out of DRS range of the pursuing Ilott and Mick Schumacher when the problem struck, would have won the race.

"The pace he had, I think he would have won it," said Roche.

"Callum may have given him a run at the end - it's hard to say - but certainly he was pulling away from everyone. 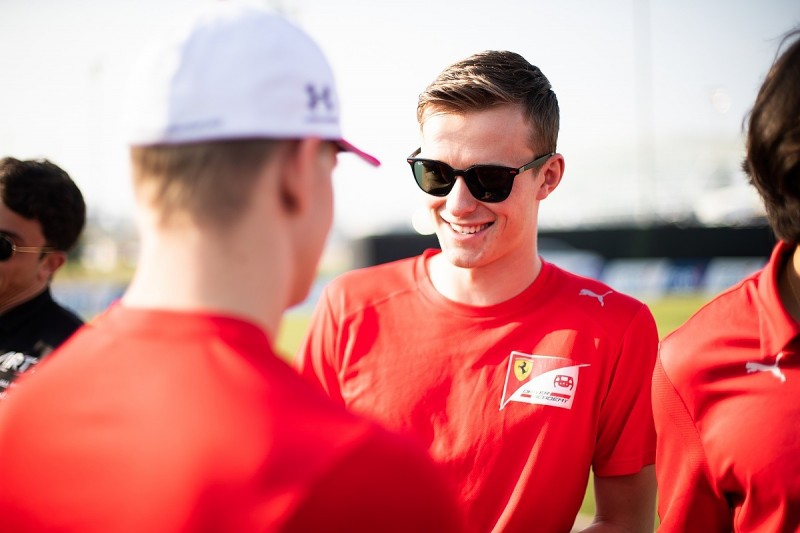 Ilott (above) joined Virtuosi over the winter after a rookie F2 campaign at Charouz Racing System.

He added: "Joe had a bit of bad luck. What a disaster for him because he was really, really pushing the pace there, and I think that we would have had a really good race at the end.

"It's amazing to start the year like this and I want to say a big thanks to the team for putting on an amazing car."

Virtuosi formerly fielded the Russian Time team, before running under its own name for the first time last season.

With this race the first on F2's new 18-inch Pirelli tyres, a 'dress rehearsal' for their adoption in Formula 1 next year, Roche believes this has changed the characteristics of the current F2 Dallara which is entering its third season of use.

"It's very different," he said. "The tyres are lasting quite a long time at the moment - the high tyre degradation we'd normally have, we're not having.

"The tyres are really good - we're doing seven or eight laps on a set in qualifying, which is not normal, and I think our drivers have adapted really well to them."