Formula 2 champion Felipe Drugovich says he was “surprised” by his dominance on his way to the title, finishing the season 101 points clear of his closest competitor.

The MP Motorsport driver scored 265 points in 2022, taking five wins and 11 podiums on his way to the title.

Theo Pourchaire was second on 164 points, with third-placed Liam Lawson on 149.

Speaking at the FIA Prize Giving in Bologna, Drugovich said it had been an “amazing season” which had “opened a lot of doors.”

Days after winning the title in Monza, Drugovich was announced as Aston Martin Formula 1 Team’s reserve driver for 2023 and the first member of its Driver Development Programme.

Drugovich said: “It’s been an amazing season, it’s hard to describe with words. I think we managed to put it all together.

“The main goal for me was just to win it, but also to do that I wanted to be really consistent and I managed to do that so I’m really happy with the results.

“It’s opened a lot of doors for me in the future.” 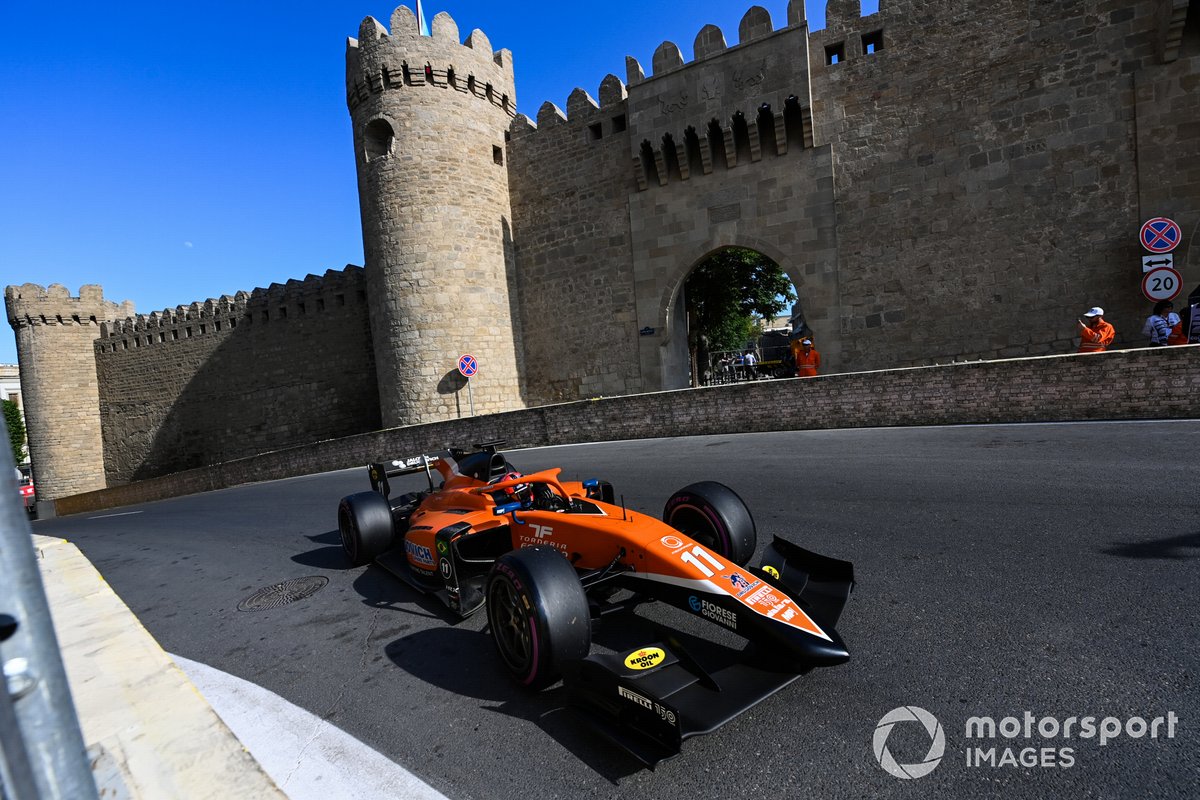 Asked whether he was surprised by the level of dominance with which he won the title, Drugovich added: “Yeah, I think I was.

“At the beginning of the season, I was quite good, then in the mid-season we had a little bit of a fall and we lost a bit of points compared to our competitors.

“Then we managed to gain a lot more back at the end so I’m really happy with that and yeah, I was quite surprised with the performance.”

Drugovich helped MP to score their first F2 titles, with the Dutch outfit also securing the teams’ championship with the help of team-mate Clement Novalak.

The Brazilian had driven for the team in his rookie F2 season in 2020, finishing ninth, before moving to UNI-Virtuosi for 2021.

But after a disappointing year, where he finished eighth, Drugovich returned to MP for 2022 and helped them to their biggest achievement to date.

He said: “I think after my second year in F2 I wasn’t really supposed to do a third year, and I got a call from the team late-December or something like that, which is normally when everything is done.

“They asked me if I wanted to join and I really thought about it because MP hasn’t won anything before this year, so I was like ‘okay, maybe we have to see.’

“But at the end I said yes because they helped me a lot also in every way, also financially which was the main issue, and I managed to get the job done.

“So I think it was the best decision I’ve ever made.”