Russell dominated for most of the session after setting a stunning opening lap that must have had the rest of the field worried.

But inside the last five minutes, de Vries drove with renewed vigour to unseat Russell for his second pole position in F2.

ART Grand Prix driver Russell struggled to improve on both of his final flying laps and to add insult to injury, Norris jumped him at the last.

Norris has struggled with qualifying in F2 all season and appeared to be out of sorts in this session, until a brilliant last lap aboard his Carlin car sealed second.

But missing out on pole, and the four-point bonus for it, means Norris still trails Russell by 22 points heading into the penultimate weekend of their title fight.

Nicholas Latifi jumped DAMS team-mate Alex Albon on his last lap as the pair took fourth and fifth respectively, Latifi's strong run of form continuing after he had struggled with the new F2 car for most of this season. 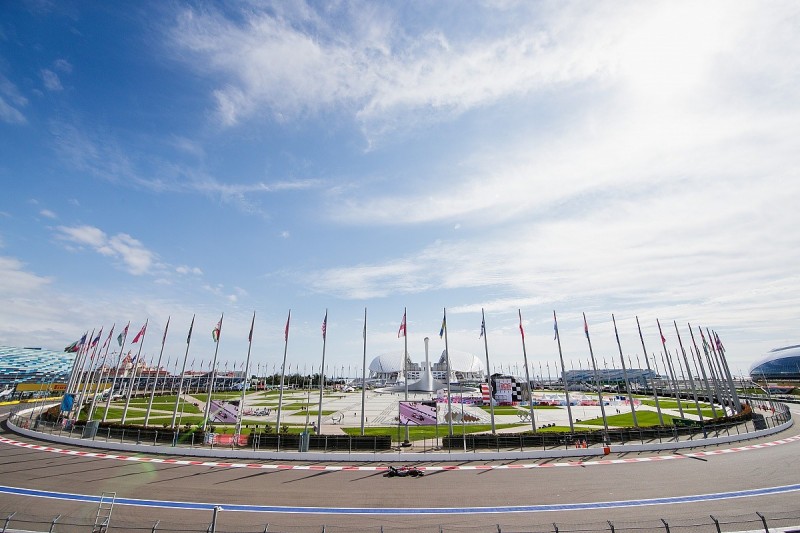 Markelov, who had driven for Renault in opening practice at his home grand prix earlier in the day, was the last car to set a representative lap as Arjun Maini's early spin meant he brought up the rear for Trident.

Roberto Merhi was the best of the drivers joining the series for this round, having switched from MP Motorsport to Campos Racing with a gap of two rounds - Spa and Monza - in between. He will start 12th for his F2 return.