Drugovich’s time, on the medium tyres, was 0.021s faster than Campos Racing’s Boschung, who had held the top spot in the early running.

ART Grand Prix’s Theo Pourchaire was third fastest on his debut at the circuit, only 0.179s shy of Drugovich’s pace.

Title contender Guanyu Zhou was fourth while championship leader Oscar Piastri, also on debut at the venue, ended up in 10th position, half a second slower than Drugovich.

Campos Racing’s Boschung was the first to set an indicative time clocking a 1m50.466s effort on the medium tyre, which was soon eclipsed by ART Grand Prix’s Christian Lundgaard.

However, Lundgaard’s time at the top was short-lived as Boschung immediately responded dipping into the 1m49s bracket with 30 minutes of the session remaining.

As the session progressed towards the halfway mark, times continued to tumble and UNI Virtuosi’s Felipe Drugovich was among those to improve.

The Brazilian managed to pip Boschung at the top by 0.021s, while Pourchaire jumped to third and Zhou moved to fourth ahead of Vips and Lundgaard. 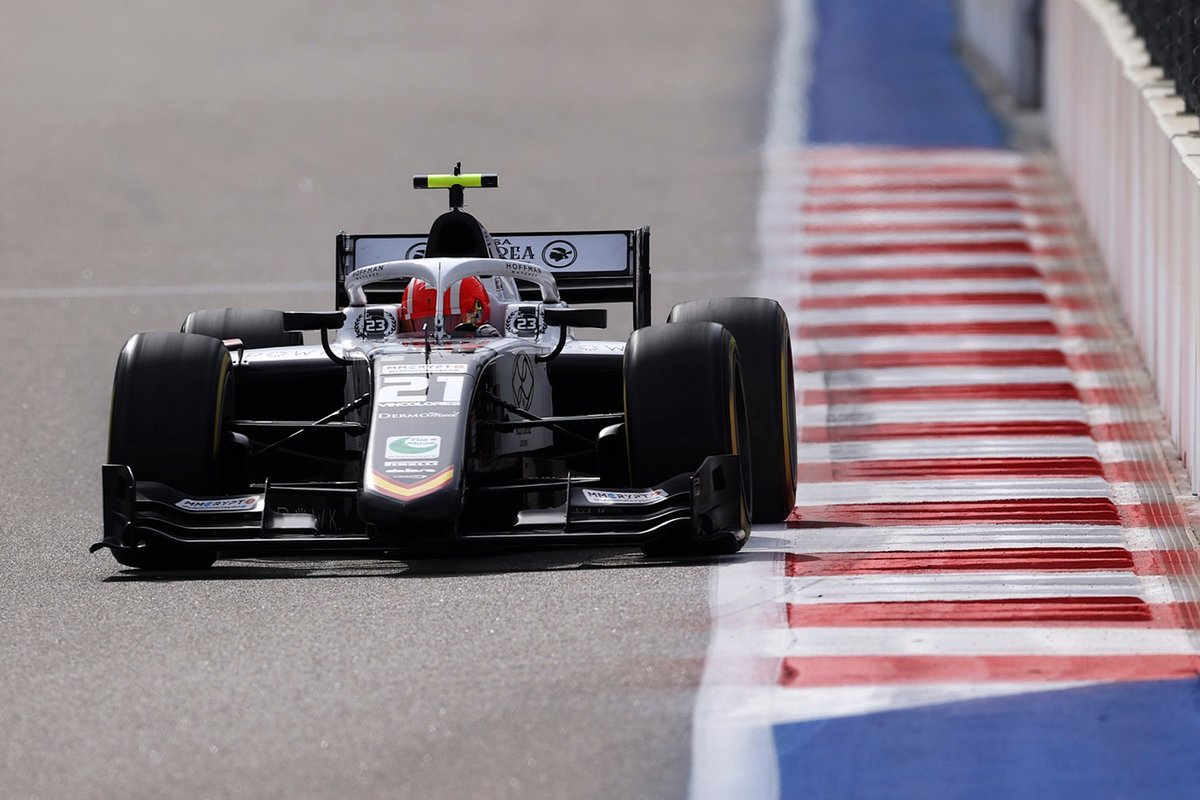 There was more movement in the top six 10 minutes later when local favourite Robert Shwartzman put his Prema into sixth, 0.4s adrift of the pace, but ahead of team-mate Piastri in ninth.

The session was halted with eight minutes remaining when Alessio Deledda spun his HWA on the exit of Turn 14. The Italian managed to avoid any contact with the barriers but required assistance from the marshals to remove the stricken car from the track.

Once the action resumed there was still time for shuffle in the top 10. Bent Viscaal logged a time good enough fro sixth behind Juri Vips, which demoted Shwartzman to seventh at the chequered flag.

The top 10 was completed by Lundgaard, Richard Verschoor and Piastri.

Before the red flag, the session ran largely without incident although stewards were called to investigate a pit lane incident between championship leader Piastri and Lirim Zendeli after the session.

Ticktum would end up in 21st position with Beckmann in 18th spot.

The F2 field will return to the track for qualifying on the super soft compound tyres at 1425 BST.