Piastri, 19, clinched the F3 title for Prema Racing in his rookie season at Mugello back in September, and confirmed a few weeks later that he would be moving into F2.

Prema Racing announced on Tuesday that Piastri would be joining its line-up for next year, and will get his first run-out in F2 machinery at the post-season test in Bahrain.

"I'm super excited to be racing with Prema in the 2021 FIA Formula 2 championship," said Piastri.

"We had a very successful 2020 season, winning the Formula 3 championship together, and I'm hoping for another successful year with them.

"Prema has proven to be the team to beat once again in F2 this year, so I'm extremely happy to be moving into the championship with them.

"I'm very grateful to stay a part of the Prema family, and I'm looking forward to plenty more pizza and pasta!" 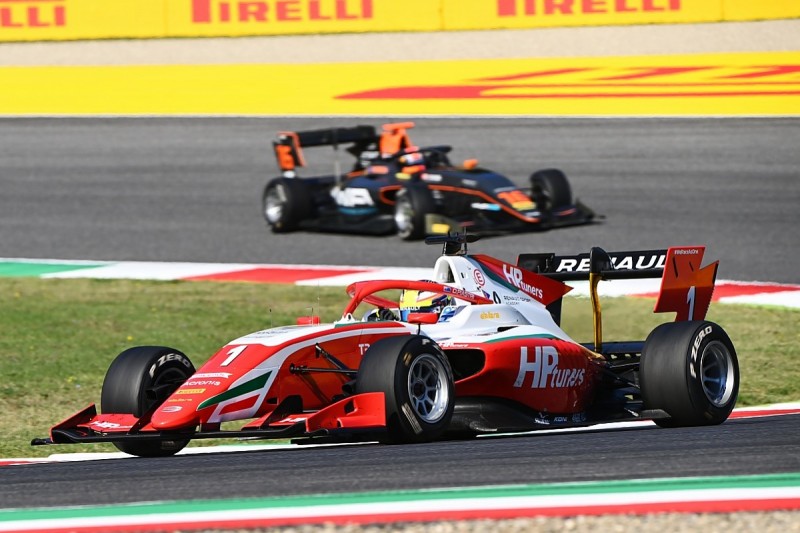 "Not only he is a talented racer with outstanding speed skills. He has a clear understanding of the complexities of today's motorsports and he is extremely adaptable.

"Having witnessed his progress and success throughout the 2020 season, taking our relationship to the next step for the 2021 FIA Formula 2 championship felt like the natural thing to do and we look forward to having him on-track right from Bahrain."

Since securing the F3 title, Piastri has undertaken some private F1 testing for Renault as part of his commitments in its young driver academy, running in its 2018 car in Bahrain.

Piastri is the first driver to be confirmed at Prema for the 2021 F2 season, taking the seat that is set to be vacated by Mick Schumacher upon his anticipated graduation to F1 for next year.

Prema has also fielded Robert Shwartzman in F2 through the 2021 season, but is yet to finalise its full driver plans for next year.