Norris: I have to win F2 as rookie to prove I'm as good as Leclerc

Norris, the 2017 European Formula 3 champion in his rookie year in the category, will step up to F2 next season with Carlin.

The two champions shared a track at the F2 season finale in Abu Dhabi, where Norris was asked if he viewed 2018 as a one-year shot to move up to F1 - as Leclerc is expected to do with Sauber next season.

"Leclerc has done it this year so if I want to beat or prove I'm just as a good then I'm going to have to win [the title as a rookie]," said Norris, who competed in the final round of the F2 season with Campos.

"I think that's the main thing - I don't think there's any point in going for second or third.

"It's hard to know what drivers are staying and doing another year - who is going to be experienced and who is new.

"It all changes but winning the championship would be the aim.

Norris scored a best finish of 13th in the sprint race in Abu Dhabi after an engine problem stopped him in the feature event.

"They've been very good, better than I expected," Norris said of Campos.

"As a team they're very focused, they have a lot of information, the engineers are very good, and they try hard.

F2 tyres harder to adapt to than F1 rubber 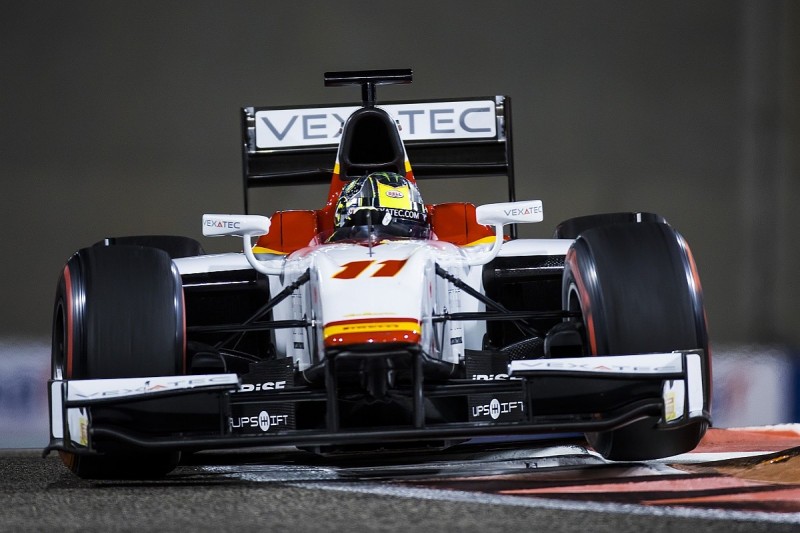 After sampling an F2 car competitively for the first time, Norris - who has already completed F1 testing mileage with McLaren - was asked to compare the second-tier machinery to other cars he has driven.

The 18-year-old pointed out that the Hankook tyres used in European F3 were more durable, but that the F2 Pirellis were more of a struggle to adapt to compared to the rubber used in F1.

"[It's] a lot more power from anything I've driven before, apart from the F1 car," he said.

"The tyre is one of the biggest things - with the Hankooks you could push 99% of the race and [with] the Pirellis you can push for a couple of laps and then you need to start saving.

"It's not easy just going from one extreme to the other, basically.

"The F2 tyres are probably one of the hardest things to adapt too.

"[They are] harder than the F1 Pirellis were to get used too."