De Vries stole the lead from Cecotto as the lights went out and had extended an advantage of almost two seconds by the end of the third lap.

He went on to run a faultless race and ultimately crossed the line 11 seconds ahead of the rest of the field.

Racing Engineering's Gustav Malja was third, despite coming under enormous pressure from Luca Ghiotto in the closing stages of the race.

Ghiotto himself was defending hard from a train of cars, headed by Russian Time team-mate and championship contender Artem Markelov.

Markelov was fifth after a seamless overtake on Alexander Albon through Rascasse, while Albon came home ahead of his ART team-mate Nobuharu Matsushita.

Jordan King claimed the final points of the day in eighth place for MP Motorsport.

Friday's feature race winner Oliver Rowland, who remains second in the championship with DAMS, was ninth despite being hit from behind by Trident driver Sergio Canamasas in the closing stages. 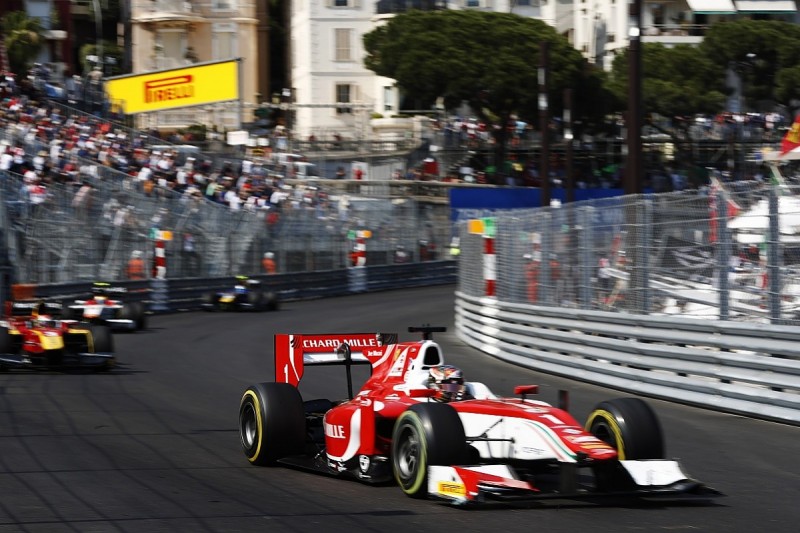 Championship leader Charles Leclerc's miserable home weekend continued, after the Prema driver started from 17th on the grid as a result of his retirement due to broken suspension in the feature race on Friday.

Leclerc dropped to 19th place at the start, but then seemed to be on a charge with a pass on DAMS' Nicholas Latifi for 18th.

A tangle with Arden driver Norman Nato just a few laps later meant Leclerc incurred a 10-second penalty for causing a collision. He eventually pulled into the pits and retired.