Leclerc - who was competing at his home event for the first time - led the first half of the race from pole position for Prema Racing.

When Robert Visoiu and Louis Deletraz collided at Mirabeau, Leclerc pitted immediately but fell to fourth place because of a delay in deploying the safety car.

That meant DAMS' Oliver Rowland, who went on to win the first F2 race of his career, Artem Markelov and Nobuharu Matsushita were able to gain time on Leclerc and stay ahead when they came in one lap later.

Leclerc's race ended shortly after the restart as an upright suspension part on his left-front wheel broke during his pitstop.

"I think it's the most disappointing moment in my whole career because of being at Monaco for the first time," he told Autosport.

"The weekend really was perfect until then - we did a fast time in free practice, a fast time in qualifying, we were leading the race and the pace was really good.

"So in front of everyone I know in Monaco it was amazing to show this and to be ahead in the race.

"Then to have bad luck with the second safety car and then again having a DNF because of the front left piece that broke is a huge disappointment." 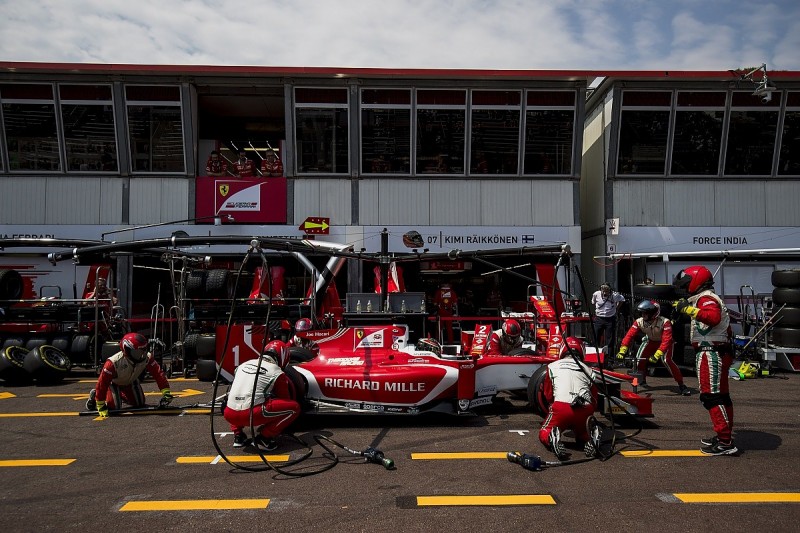 When asked if he had touched a barrier or hit a kerb too hard and damaged his car's suspension, Leclerc said that the breakage occurred just after his pitstop.

"We don't know exactly why, but I think the piece was already maybe a little bit fragile and so with the pitstop it was just too much with the shock of putting a wheel back," he said.

"We guess that's where the piece broke."

Leclerc still heads the F2 drivers' standings going into the Monaco sprint race, but his pre-weekend lead of 26 points over Rowland has been cut to just three.

The Monegasque racer, who will start the second race from 17th on the grid, explained that while he would go on the attack in front of his home crowd, he would not take too many chances to avoid the risk of picking up a penalty for the next round in Baku.

"It's going to be very difficult to come back - even more when there is no pitstop in the sprint race - every overtake has to be when someone crashes or taking risks," he said.

"I'll try to take some risks but on the other side I don't want to take too many of them and take a penalty for the next race, which would be a shame.

"If we can score one or two points today it would be amazing.

"We are going to try and extract the best out of it, but it's not going to be easy."