The reigning European Formula 3 champion lies 13th in the standings with the Prema Racing team he drives for, the latter lying second to last in the teams' standings. 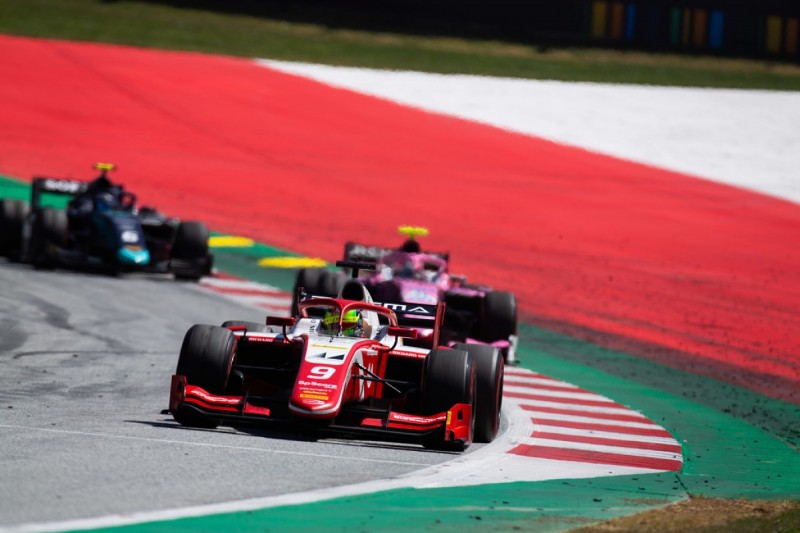 Schumacher has been the victim of some bad luck, but has also made errors which have led to a baptism of fire in F1's feeder series.

In the previous round at the Red Bull Ring he suffered an issue with his clutch, which meant he had to start from the pits instead of seventh on the grid.

Speaking after that race he said: "It's just a shame, we had everything we needed, a good qualifying, a very good pace so it's very hard for the whole team to put those setbacks behind, especially technical ones where nobody can do anything.

"However, I won't stop fighting, we won't give up. We have to take the positives from days like this."

In the sprint race the next day he drove through from 18th on the grid to fourth on pace, with no pit stops or full safety cars to aid his progress in an impressive display.

It was his best result in F2 and ended a seven-race pointless run.

"We can only be happy with the race [second Red Bull Ring race], and I would like to thank the team for giving me a great car today and yesterday," he said.

"At the start, because of yesterday [clutch issue], I was a bit careful but from then onward I had a lot more confidence with the brakes than the other guys and could overtake quite some at the breaking.

"Also with my tyres, I checked and had the feeling I could go for it in the hard braking zones which is why I was choosing more or less the same point to overtake.

"In general I think we can be very happy with the pace we had this weekend and the result of today.
"Now we have to look ahead to Silverstone, build on that and try to score points there as well."

Boccolacci to make Formula 2 return with Trident at Silverstone