At the start of Sunday's F2 sprint race, polesitter Nikita Mazepin went into the runoff at Turn 2 along with challenger Jack Aitken.

Renault F1 junior Aitken manoeuvred around the first of the exit boards as set out by the FIA, but Mazepin did not and when Aitken emerged to rejoin the track, he had nowhere to go and clipped the left-rear of Mazepin's car.

Mazepin was sent careering across the track into Honda F1 junior Nobuharu Matsushita of Carlin, and both crashed into the barriers on the outside on the run to Turn 3.

Mazepin was judged to be "wholly at fault" for the incident by the FIA stewards and awarded four penalty points on his license, as well as a 15-place grid drop for the next race in Abu Dhabi.

Asked if it was disappointing or frustrating to see a driver rejoining the track in that manner, Masi said: "Frustrating, probably at times.

"You see the penalty that's been handed out in F2, four penalty points and 15 grid spots is a pretty significant penalty which shows the severity of what happened.

"I don't think that can be underestimated. Is it frustrating? Yes, at times.

"It's one of those things that the nature of what we've got with a lot of circuits at the moments.

"It's something we've got to try to evolve step-by-step to see what we can do. "If we look back at it, Turn 2 has had a different iteration each year.

"It gives you an idea of the complexity of trying to get that corner sequence right from a run-off end." 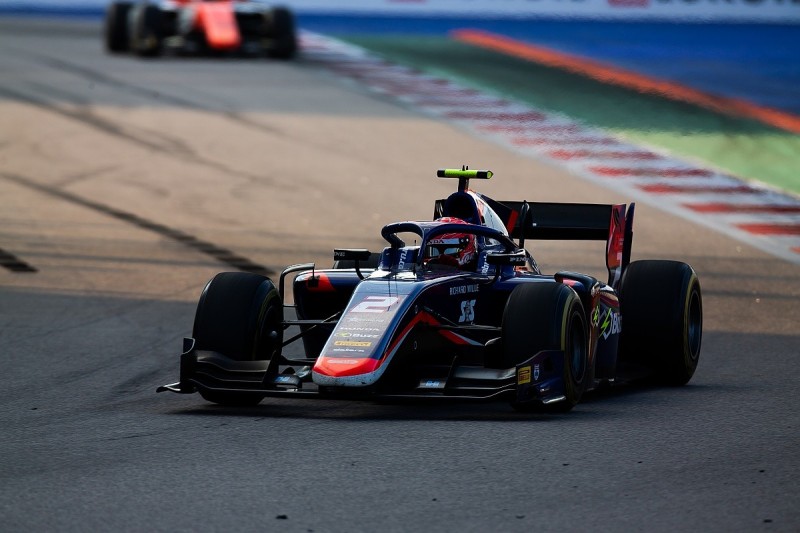 Matsushita had to be extracted after hitting the barriers head-on and was taken to hospital via helicopter with Mazepin, who had walked away unaided after the crash.

Matsushita stayed in hospital overnight for a "precautionary scan" on Monday, while Mazepin was released shortly after being checked over on Sunday.