Honda wants its Formula 1 proteges Nirei Fukuzumi and Tadasuke Makino back in Formula 2 next year, but both could race with different teams than Arden and Russian Time respectively

Makino lies 12th in the points with Russian Time, after winning the feature race at Monza last time out.

Fukuzumi is 16th in the standings, without a top five to his name. He finished third in GP3 last year with ART Grand Prix and had entered F2 highly rated, but his Arden International team have struggled for pace at many races this season.

That means Fukuzumi will fail to reach the number of superlicense points needed to enter F1, as Honda had said it wanted one of its drivers in a seat - possibly at Toro Rosso - by 2019.

"It will be their second year and my role is to get a better environment for them to race. We have to make it better.

"It is very difficult for this season to evaluate drivers with just their results. Makino's team, Russian Time, looks much better than Arden, well organised. We have to consider that point.

"Fukuzumi is doing pretty well at Arden even though his team is not as good as Russian Time.

"And F2 itself, this year, as we could see from the rolling starts because of the issues, it's not really a fair or stable competition in terms of [machinery].

"F2 is really difficult to evaluate the drivers from this result. "They [Fukuzumi and Makino] are the top two, number-one applicants for F1 at the moment." 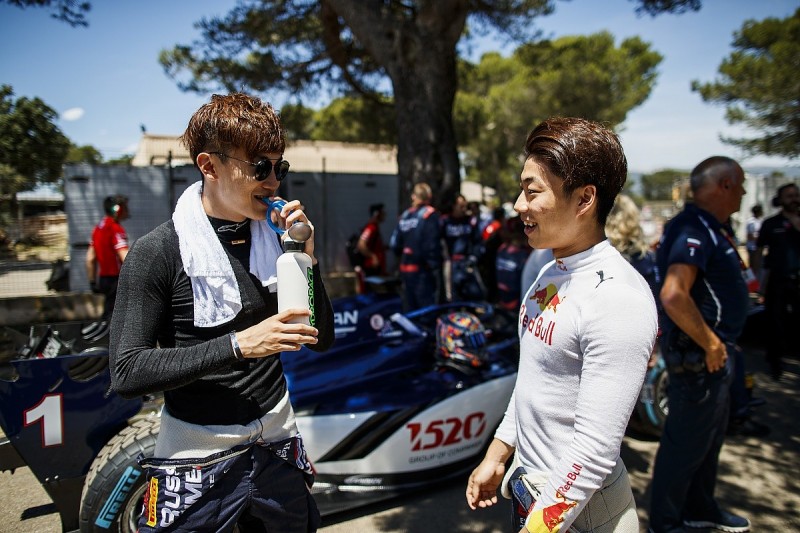 Fukuzumi is 18 points short of enough points to race in F1, while Makino would likely need 29 from next year as he also looks set to go superlicense pointless in 2018.

The top 10 are awarded superlicense points in F2, but Makino trails 10th spot by 17 points with four races to go.

Yamamoto confirmed that Honda's faith in Makino, putting him into F2 in his second season of European car racing without any previous experience of the Pirelli tyres key to performing well in the championship, has been well placed.

"The background of promoting him from F3 to F2 is we have seen his talent, and how he can drive," added Yamamoto. "We thought he could do it.

"We wanted to put the drivers into F2 as soon as possible. If you see the past, Max Verstappen is going from F3 to F1 directly, so it's not impossible."