Fuoco and Rowland disagree over F2 clash that eliminated Leclerc

Fuoco and Rowland came together at Turn 4 early on in the second race at the Red Bull Ring as the Italian driver attacked his DAMS rival around the outside of the downhill right-hander.

Rowland used the full width of the track to defend his place, which meant Fuoco had to back off - and as he slowed an unsighted Leclerc struck his Prema Racing team-mate's right rear wheel and crashed out with suspension damage.

The stewards took no action on the incident but Fuoco insisted after the race that Rowland's move had been harsh.

"For me it was a bit over the limit because Rowland pushed me almost out of the track," he told Autosport.

"I had to back off the throttle and I think Charles was caught out and he just touched me on the rear tyres."

But Rowland, who sits second in the drivers' standings, laid the blame at Fuoco's decision to try to continue his move around the outside of the corner. 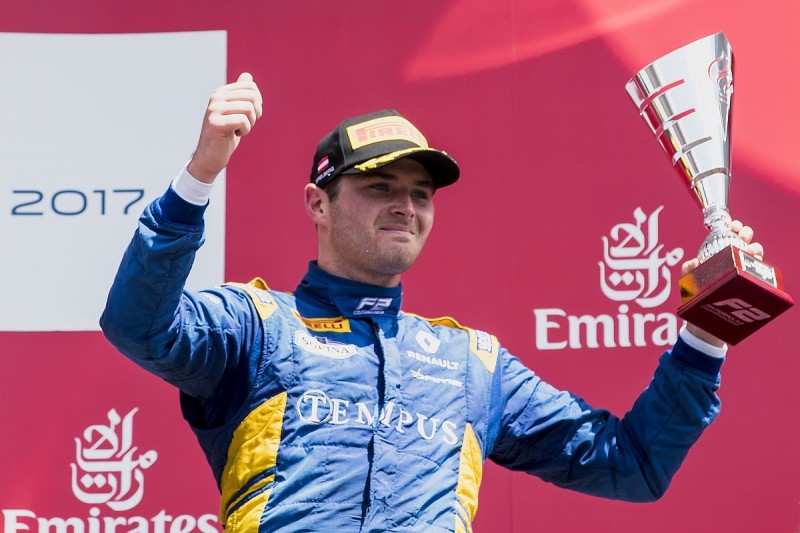 Rowland was briefly investigated during the event for changing direction more than once in the moments before the clash with Fuoco, but the stewards ultimately decided that he had not broken any rules.

"To be fair I did move a little bit but I was actually trying to pass [Alexander] Albon [who was ahead in second place] or at least scare him - and I didn't," Rowland explained.

Leclerc, the feature race winner in Austria, left the fifth round of the 2017 F2 season with a 49-point lead.

But the Ferrari Academy driver expressed his frustration at crashing out of a race where he felt he could have added to his points haul.

"It happens but this is a shame because we could have scored good points," he said.

"I think a podium could have been possible, we were very fast."

Prema boss Rene Rosin accepted the stewards' view that the clash was "a normal race incident" and expressed his desire for his squad to move on quickly and focus on the next round, which takes place at Silverstone this weekend.