Formula 2 cars have had ECU mapping and parts updates for Barcelona this weekend in a bid to resolve starting problems, but drivers still feel the clutch will be "tricky"

The new F2 2018 has proved difficult to get off the line due to a complex starting system, with the number of stalls reaching double figures in just four races.

Drivers have labelled the start a "gamble" and championship leader Lando Norris pointed out the potential safety implications of cars stopped on the grid at the last round in Baku.

Since then, F2 has tested with ex-World Touring Car racer Yann Ehrlacher last week at Magny Cours, in a bid to improve the launch of the new turbocharged machine.

Autosport understands that when the driver drops the clutch, the ECU actually delays it in a bid to combat drivers being too aggressive or struggling with the bite point.

"It's tough to go worse than it was," Campos Racing's Luca Ghiotto, who qualified third for Saturday's feature race, told Autosport.

"There's an improvement, but teams still have to work out how it works. It will not be straightforward.

"I was hoping for this [fix] and F2 has worked hard because the season is tight." 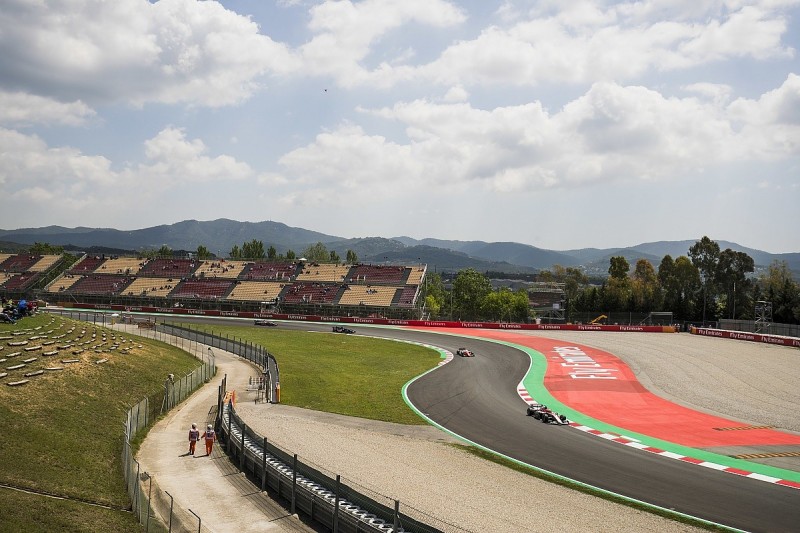 Barcelona feature race polesitter Alexander Albon believes the key to getting the clutch right will come from time on the track.

"The improvement isn't drastic, it maybe isn't what we expected in the way it works," he told Autosport.

"We need more practice starts and data. It's more forgiving, but it's still very tricky to be spot on with it.

"I'm not as comfortable with it as my team-mate [Nicholas Latifi] is.

"We've got some work to do on my side for sure. We've tried a different strategy."

Antonio Fuoco, another driver to be hit by a stall on the grid already this year, added that practice will not necessarily be representative of actual race starts.

"I did [do a practice] start, but you never know as everything is different on the grid, the temperature is a lot higher," explained the Charouz Racing driver.

"For leaving the pitlane it is OK, let's see how it is for the race."