F2, which was rebranded from GP2 at the start of 2017, has used its current Dallara-built chassis since 2011.

Autosport revealed in May that the new car will retain some of the same parts as the current machine and would be again be fitted with high degradation tyres, but will not use hybrid engines on cost grounds.

Speaking at the Red Bull Ring round earlier this month, Michel explained the majority of the gearbox will be carried over to the new car, as well as the brake system and some suspension elements.

"Mainly the gearbox - it's not going to change, maybe one part - but the rest is going to be exactly the same.

"That's more or less what it is.

"All mechanical parts and the aerodynamics are going to be new." 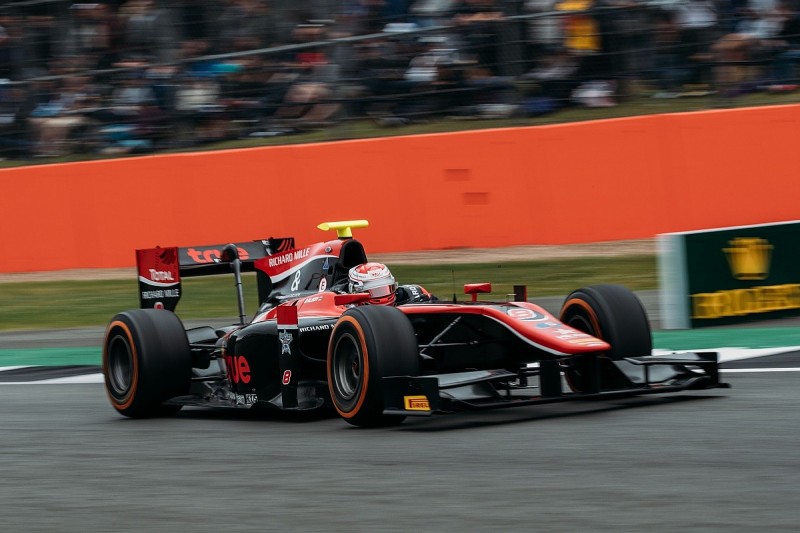 The aerodynamic appearance of the new car will resemble the current generation of F1 models and will be powered by a new engine built by Mecachrome, which currently produces the six cylinder 3.4-litre unit used in GP3.

The new car does not have a cockpit protection device in place, but Michel said it could be added if the FIA decides it is required.

"It's not on the new car and we discussed that with the FIA," he said.

"At the moment they don't know exactly what they're going to do for F1.

"So we will see once it's decided for F1 what we do.

"If we want to add it on we will need to make some modifications on the monocoque, but we will be able to fit it in."

The new car is scheduled to be shaken-down in the coming weeks, before the finished machine is revealed for the first time at the Monza round in September.

"Testing, we do the first shakedown quite soon - I think it's mid-July - and the first proper testing will be starting in September."

Michel said current F2 drivers or prospective graduates to the series for 2018 would not be asked to carry out testing duties.

"We always take one guy, number one who is not at present an F2 driver, and number two, not somebody that might do F2 next year," he added.

"[No GP3 drivers] because if we do that then we give an advantage to someone and the other teams will be [unhappy]."