The British driver completed a last-minute deal to fill Trident's vacant seat for his home round, and qualified 15th for Saturday's feature race.

He was forced to start from the pitlane after stalling on the grid an aborted start and went on to finish 19th, but was classified 14th in Sunday's second race after a 20-second post-race time penalty for DAMS driver Oliver Rowland.

"On Tuesday [before the race] I found out I was doing it," Ilott told Autosport.

"On Wednesday we did the seat fit and I was here [at the track] until quite late, studying all the protocols.

"It was obviously a bit of a rush, it was quite pressured. In free practice I got only six or seven push laps in, you have to learn the car very quickly."

Asked if his Silverstone debut boosted his prospects of a full-time 2018 drive, Ilott replied: "I hope so.

"It would be nice to, but we'll have to see at the end of the year. Other things might come around.

"But I'd be happy to do it, it's not so much of a jump after this weekend."

Ilott said his experience of the Dallara-built GP2/11 during a test outing with ART Grand Prix in Abu Dhabi late last year gave him a reference for his first race weekend, but admitted it was still a steep learning curve.

"Luckily I'd done the test in Abu Dhabi, so I already had a starting point even if it was on different tyres," said Ilott, who felt he could have qualified in the top 10 were it not for a damaged rear wing element.

"I knew the track, so it made sense to do. I've got to learn at some stage, and what better way than racing at your home track?

"It's all good experience. The results could have been better, but I've learnt a lot in a short space of time, which was the aim." 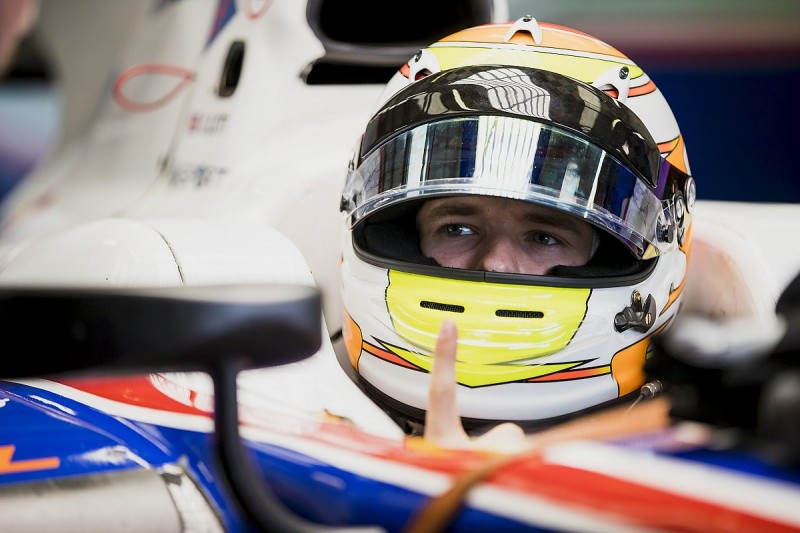 "It was great to run Callum this weekend," said Ricci.

"He was very calm and was committed through the whole weekend.

"He was aware of his limited F2 experience yet was quick in the fast corners. He is not afraid of anything!