Title contender Artem Markelov has a new chassis and engine for the Red Bull Ring Formula 2 feature race, after being launched airborne in practice and qualifying

The Renault Formula 1 junior - third in the championship - ran wide twice at the fast Turn 9 at the end of the lap on Friday, once in practice and once in qualifying, and both times the front wheels of his F2 2018 car were launched into the air and he landed heavily, damaging the chassis.

He also complained the throttle response was not normal, leading to the engine change.

Markelov was eighth in practice and 18th in qualifying, but now has new parts for the feature race, which will begin with a rolling start after the run of clutch issues.

"We damaged the car in free practice yesterday and that's cost us in qualifying," said Markelov, who believes the kerbs he hit at Turn 9 are "dangerous".

"Hopefully this car will be more like the last one.

"There are bananas on the outside, little kerbs, when the car touches the kerbs the car is flying.

"I think it is dangerous too.

"OK, the drivers are trying to go quicker there, but making the rules if someone goes wide you could just take away their lap and that would be easier and healthier for the drivers." 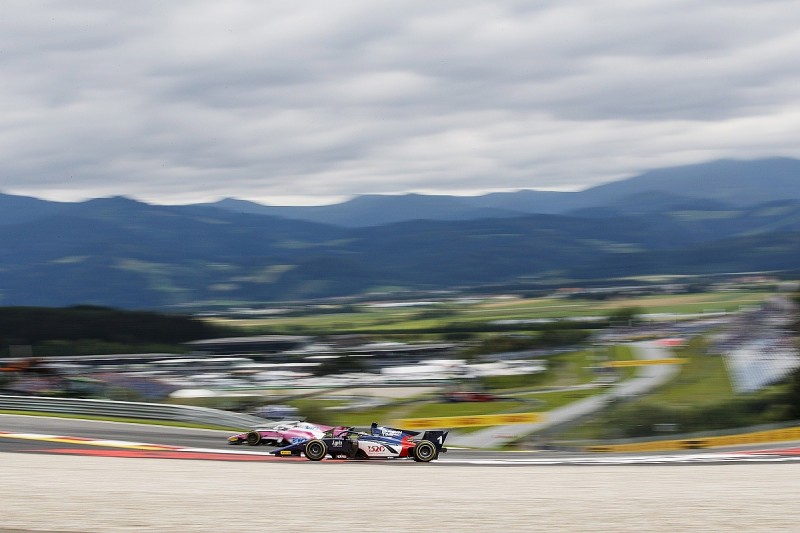 Markelov added that he had to use creams in an attempt to heal his knee, which was hurting after the crashes.

"When I touched the kerb first time [after landing] I felt pain in my back and knee," he told Autosport.

"When I was flying there the second time, my knee was really on the limit.

"I have to put cream on it and it's really painful.

"I think it's a bit dangerous."

Russian Time team principal Svetlana Strelnikova added: "We have a new chassis and new engine, the gearbox is the only thing that's left.

"There was a problem with the engine, on the straights he was slowest on the track.

"There was something not working.

"Because he was flying it was really hard on the chassis so we had to change that."