With the track not yet rubbered-in, drivers scrambled for grip in the Ardennes mountains as oversteer afflicted most of the field.

Prema driver de Vries - who fought back and passed Lando Norris for victory in the Budapest feature race last month - set his fastest time of 1m58.125s early on.

None of the frontrunners improved on their later laps, with all of the leading times coming on the first set of flying runs. 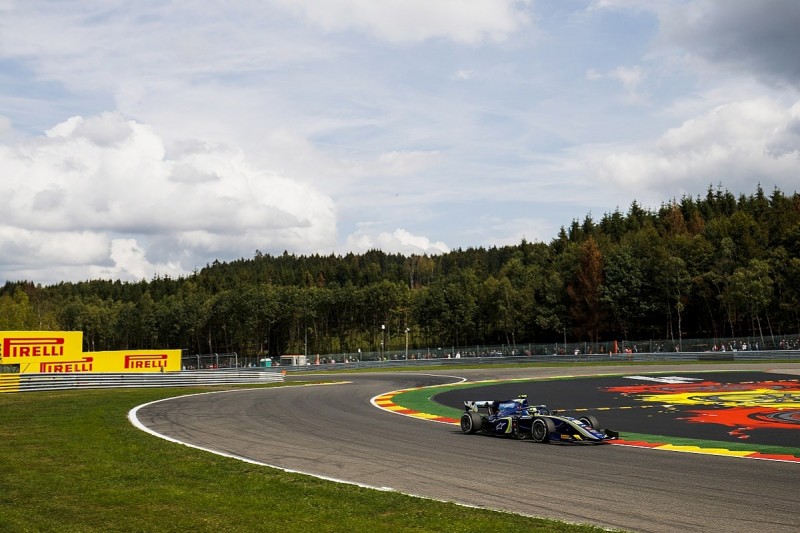 After beating Stoffel Vandoorne in the McLaren, he was fourth in the F2 session ahead of Ralph Boschung of MP Motorsport.

Italian drivers took the next two spots, with Luca Ghiotto (Campos) and Charouz Racing System's Antonio Fuoco both seven tenths off the leader.

Alexander Albon will need to improve in qualifying from eighth if he is to overall Russell and Norris in the championship from third, while Arden's Maxi Gunther and Russell's ART Grand Prix team-mate Jack Aitken rounded out the top 10.

The only newcomer in the field - GP3 graduate Dorian Boccolacci - took 15th in his first session with MP Motorsport after replacing Roberto Merhi.