Felipe Drugovich snatched his third FIA Formula 2 pole of the season at Spa, marking his first start from the front since Monaco.

The championship leader took a much-needed pole for MP Motorsport as he attempts to hold off a charging Theo Pourchaire, who sits just 21 points adrift with four rounds remaining.

The Brazilian driver was the first to break the two-minute barrier, setting a 1m59.990s, before improving to a 1m58.232s to clinch pole.

A last-minute dash from Enzo Fittipaldi secured the Charouz driver a front-row start alongside his compatriot, less than 0.4s off the pace, while Logan Sargeant will line up third for Carlin.

Virtuosi Racing’s Jack Doohan, hoping for a third pole of the season, was first out on track but the tricky conditions got the better of him on the run down to Turn 1, forcing him into a spin which he was able to recover from.

But moments later, Juri Vips had a similar incident in his Hitech-run car and was unable to get back into gear, leaving him stranded on track and prompting a red flag.

Once running resumed, Jehan Daruvala set an early benchmark for Prema, with a 2m00.903s, but was immediately surpassed by Amaury Cordeel, hoping for good results at his home race with Van Amersfoort Racing.

His new team-mate David Beckmann, who replaces Jake Hughes at the Dutch outfit, then went quicker, before the pair were surpassed by the Carlin duo of Sargeant and Liam Lawson, who earlier took part in his debut Formula 1 FP1 session with AlphaTauri.

Marcus Armstrong went quickest of all for Hitech with a 2m00.353s, as Prema rookie Dennis Hauger slotted into second ahead of Sargeant.

It was then that Drugovich stole their thunder, breaking the two-minute barrier, while further back Ralph Boschung slotted into fourth as he made his return to racing for Campos after suffering from injury for the last three rounds. 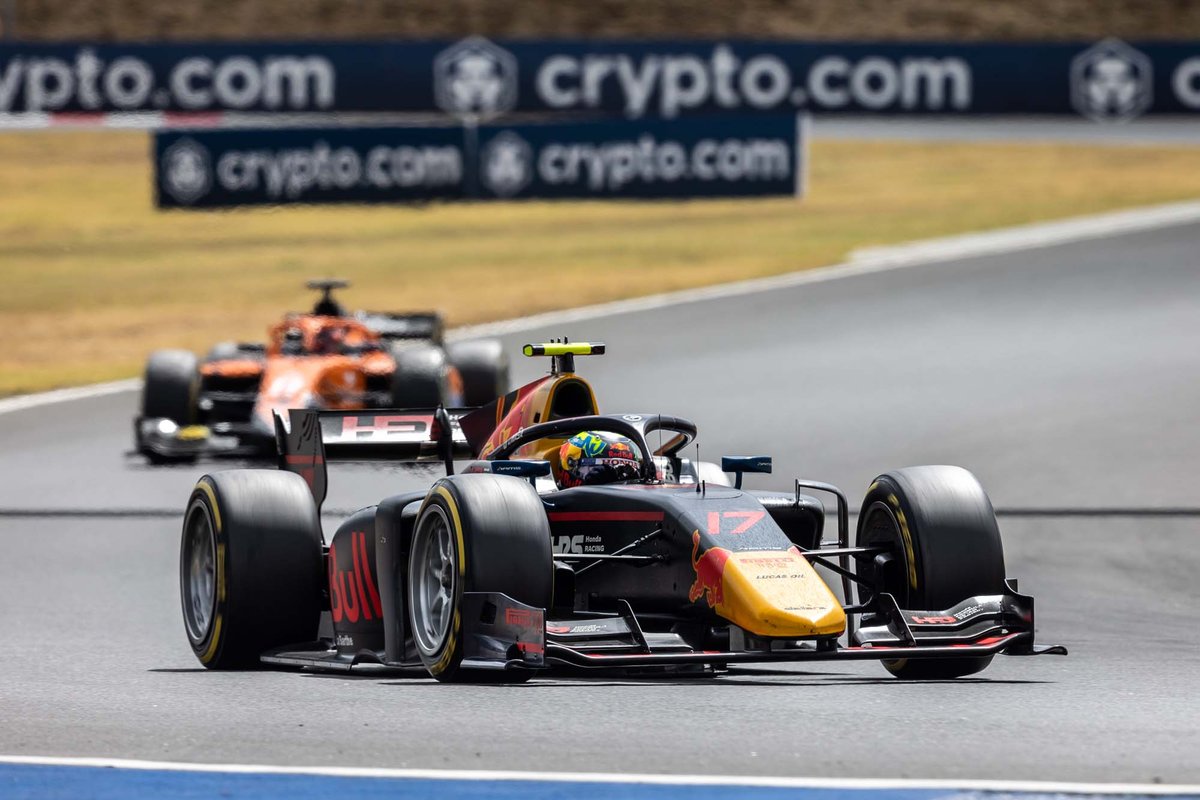 With five minutes remaining, Cordeel once again took the top spot before he was demoted first by Boschung, then Daruvala and finally Doohan, with a 1m58.941s.

But the Australian’s time was not enough to hold off Drugovich, whose stunning middle sector put him 0.7s ahead of the Alpine Academy rookie, and despite improving on his final run, settled for fourth.

Boschung will line up on pole for Saturday’s reverse-grid sprint race, with Daruvala in second and Pourchaire in third.

Lirim Zendeli, who subs in for Olli Caldwell at Campos while the Brit serves his one-round ban for receiving 12 penalty points, faces an investigation for a pitstop infringement.

Tatiana Calderon, making her return to F2 with Charouz in place of Cem Bolukbasi, will line up on the back row alongside Vips, having set a best time of 2m00.531s.