The Brit had to work for the top spot, unlike in practice where he was fastest by 0.7 seconds.

Antonio Fuoco ran off-sync as the other drivers pitted with under 15 minutes to go, and put his Charouz-run car on provisional pole by going a threatening 0.3s quicker than Russell.

But in the later runs, Russell pulled off a brilliant flier to become the only driver to produce a 1m39s lap, while Alexander Albon took second.

The DAMS driver had his worse qualifying of the season at the previous round in Austria where he qualified eighth - having taken three poles in a row himself earlier in the season - but will start Saturday afternoon's feature race on the front row.

Fuoco held on for third, 10 spots better than he managed at the Red Bull Ring the week previous. He went on to finish second in that race despite making one stop more than the leader. 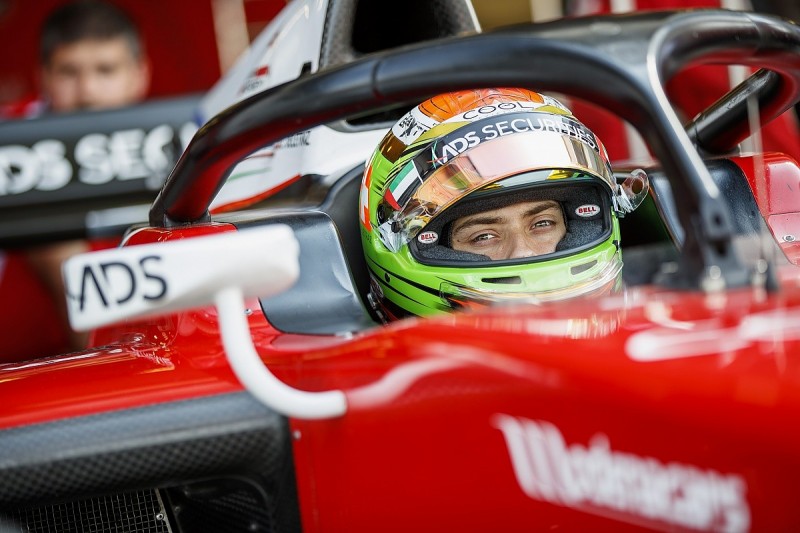 Louis Deletraz improved late on and qualified one spot behind his team-mate, ahead of Sergio Sette Camara who was the highest-placed Carlin driver.

Behind him, team-mate Lando Norris struggled to make the same impression as British counterpart Russell and qualified 0.4s adrift of the polesitter in sixth.

Arjun Maini and Artem Markelov jumped into the top eight, while Luca Ghiotto and Maxi Gunther rounded out the top 10.

Renault F1 junior Jack Aitken could not match ART team-mate Russell and was 0.8s adrift in 12th, behind Prema's Nyck de Vries who appears out of sorts.

The session was heavily delayed due to Roy Nissany stopping out on track. He said on the radio "the engine went crazy".

That resulted in a red flag being shown, although the session was not shortened when it resumed.