The Zandvoort track is capable of hosting a full Formula 1 support package including the Porsche Supercup, Formula 2 and 3, according to the boss of Dutch team MP Motorsport

Zandvoort was recently announced as the home of the Dutch Grand Prix's return to the F1 calendar for 2019, but no announcement was made regarding the supports package.

Some have questioned whether there is enough room at the circuit for the additional series, but Sander Dorsman - boss of F2 and F3 team MP - says there is ample room.

"Lets say the inside of the circuit is a bit limited but around the outside ring there is room enough for all of the supports," he told Autosport.

"I'm not worried about that, they have plenty of options.

"Of course they know better than me. But it's a good facility to host us all there.

"As a Dutch team we hope to go there, both F3 and F2 would be perfect for us.

"If there is finally a home grand prix again then of course as a team we want to be in there.

"With Max doing so well, it's made the sport all the more popular in Holland.

"As a team we've noticed, every where you go its full of fans when before the grandstands were a bit empty.

"It will be a big event in the future and it will be sold out in a split second. It will be fantastic."

Nyck de Vries is currently second in the F2 Drivers' Championship standings, and although he is hoping to win F2 this year which would rule him out of an F2 appearance at the track next year, he is backing its inclusion. 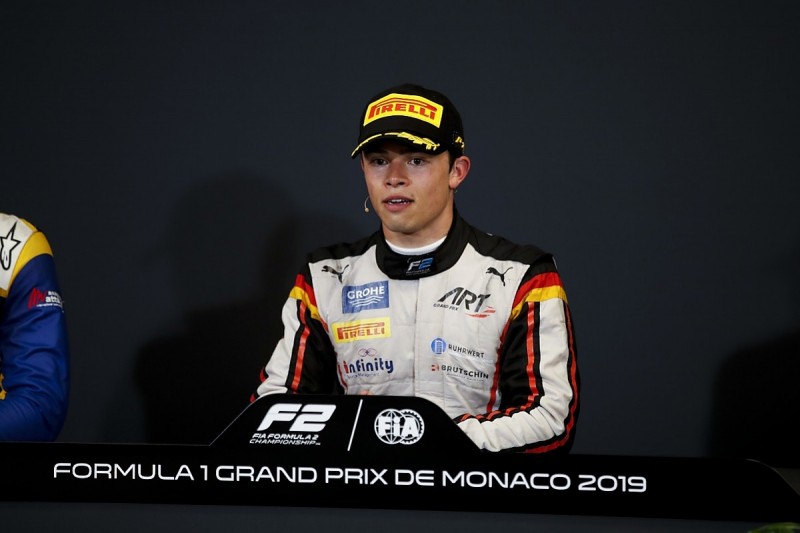 "It's very exciting, it's such a big event to come back to the Netherlands," de Vries told Autosport.

"If you'd have asked me the chances of it coming back two years ago I probably would have said none. I couldn't believe it.

"Some people criticise the track and the infrastructure, but we also come here [Monaco] where there's no run-off areas.

"It's cool with its history, the sport is living a lot in our country right now thanks to Max [Verstappen] mainly so I think it's amazing that it comes back.

"Holland is still home for me and it's nice to see the circus come to my country."

De Vries - who has never raced at the circuit - added that he was not sure if the track would be included as a support event and pointed to Hockenheim as an example.

"Hockenheim is also on the [F1] calendar and we don't go there.

"So I'm uncertain whether it is happening.

"Who knows where I am in a year's time. I'm just focusing on my job and trying to do the best I can."

If Zandvoort replaces Barcelona on the F1 calendar, that would mean F3 would either have to begin in Baku alongside F2 or wait until Paul Ricard in June to start the season, making Zandvoort potentially key in next year's support calendar.

The F2/F3 organisers are yet to respond to Autosport when asked if the circuit was being considered for next year.