In the first qualifying session with the new F2 2018 car, reigning European Formula 3 champion and Carlin driver Norris delivered a lap of 1m41.761s on his final run, despite running wide at the last turn.

It ended a thrilling battle with his fellow Briton and ART Grand Prix driver Russell, who wound up 0.062 seconds adrift, as Alexander Albon completed the top three for DAMS.

A number of drivers ran wide at Turn 15 - the final right-hander in Bahrain - across the session.

These included Russell during his early flying laps, as the drivers struggled to get to grips with the new 3.4-litre V6 turbocharged engine and the low temperatures, with the session running under floodlights at the Sakhir circuit.

Russell headed the times after the initial running had been completed and he improved again after the mid-session lull.

Albon - currently only on a one-race deal with DAMS - also improved his best but could not shade Russell, before both were shuffled down by Norris. 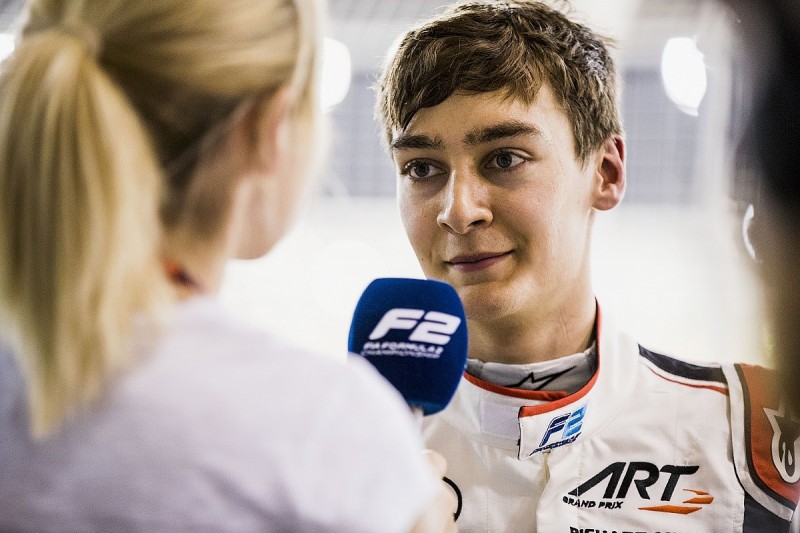 Leaving it until the last minute to leap up the order was Nyck de Vries, who came from session-long obscurity to place Prema Racing in the top four.

McLaren junior de Vries, starting his second season in F2, had spent most of qualifying, and the earlier practice session, outside of the top 10, but moved up with his final flying lap.

Another late surge came from Louis Deletraz, who gave the new Charouz Racing System team a top five on its F2 debut.

Sergio Sette Camara struggled to match the pace of team-mate Norris late-on, despite spending the majority of the session inside the top four, and ended up sixth ahead of the top Arden driver, Nirei Fukuzumi.

Maximillian Gunther set the fastest time at the F2 pre-season test in Bahrain last month, and had been as high as second after his final effort, but as others went faster he was pushed down to 10th.

One notable absentee from the pole position fight was Artem Markelov.

The Russian Time driver and 2017 F2 runner-up had a problem that stagnated his running in practice, and he struggled for performance in qualifying.

He also ran wide at the final turn on his final lap and could only manage 17th out of 20 runners.