Drugovich enjoyed a breakthrough maiden season in F2 this year, scoring three race victories en route to a top-10 finish in the championship.

This marked a massive reversal in form for the Euroformula Open and MRF Challenge champion, who could muster only eight points in the previous year in FIA Formula 3 with Carlin.

"I think if you take a big picture of the championship, I think UNI-Virtuosi has been the team that has had the best pace," he said.

"Through the season they had really good qualifying pace, and they're really fast at every track.

"With other teams you could see they were really good somewhere, but somewhere else, they might not have the pace.

"So I think this has been the most consistently good thing. And that's why we wanted to get on board with them."

Virtuosi powered Ferrari protege Callum Ilott to second in the drivers' standings behind champion Mick Schumacher of Prema, while teammate and Renault junior Guanyu Zhou finished sixth with a victory in the Sochi sprint race. 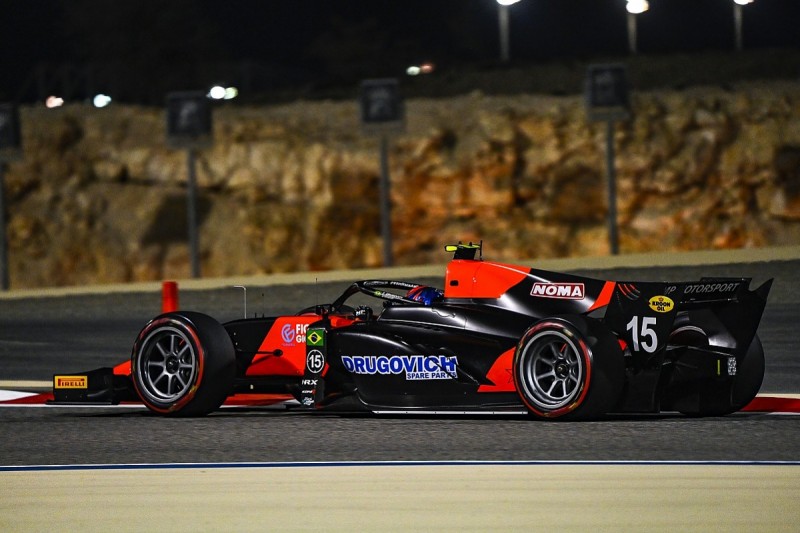 In the teams' stake, Virtuosi finished second in the standings behind Prema, but well clear of third-placed Carlin team.

"UNI-Virtuosi Racing is delighted to have Felipe Drugovich onboard for the 2021 FIA Formula 2 season," Virtuosi said in a statement.

"Felipe had a fantastic maiden season in Formula 2 this year with three victories, despite the uncertainty 2020 has produced.

"He has shown amazing pace and ability in only his first year in the championship.

"UNI-Virtuosi Racing has a long history of working with young drivers to help them succeed in a competitive championship quickly, and that's exactly what we're targeting with Felipe.

"We're looking forward to him joining us for the post-season test to work with his new team-mates on being ready to hit the ground running at the start of next season."

Virtuosi said it will announce Drugovich's team-mate for 2021 in due course, with it being unclear if either Ilott or Zhou will return with the team next season.