Shwartzman has been associated with Prema since his European F3 days in 2018, when he finished third in the standings behind champion Mick Schumacher and runner-up Dan Ticktum.

Shwartzman remained with Prema when he stepped up to the FIA F3 championship last year, dominating the proceedings in a season when the Italian team's three drivers occupied the top three spots in the standings.

For 2020, Shwartzman was promoted to Prema's F2 squad alongside Schumacher and was considered a dark horse for the title having led the early standings.

Two feature race wins in the opening two rounds meant he was firmly in the fight in the early part of the season, but a difficult run of results followed, dropping him outside realistic contention.

He still finished a credible fourth in the championship with four races wins - the other two coming at sprint events at Spa and the first Bahrain round - to collect more victories than any other driver on the grid this year.

A day after the 2020 season concluded with Shwartzman's team-mate Schumacher being crowned champion, Prema announced that the Russian driver will remain with the team next year to partner this year's F3 title winner Oscar Piastri. 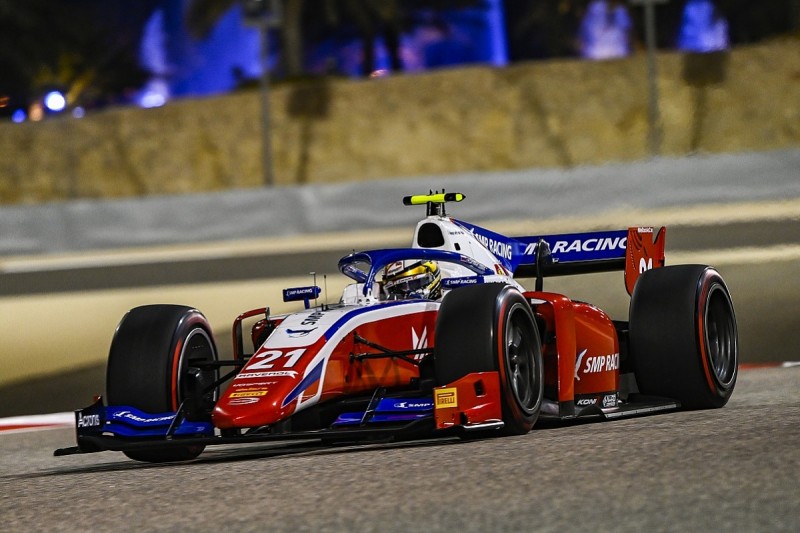 "I am happy to race in Formula 2 with Prema again in 2021," said Shwartzman. "Our target as a team is obviously to win and make progress in terms of results from this season, working hard, improving the car but also enjoying another year by staying together and having fun.

"It will be our fourth year working together, and we are going to make the most out of it. I want to thank everybody who supports me for their dedication and commitment."

Prema sealed the 2020 F2 teams' title with a race to spare on Saturday, eventually outscoring nearest rival UNI-Virtuosi by 39.5 points.

With Schumacher stepping up to F1 next season with the Haas team, as part of an all-rookie line-up alongside fellow F2 graduate Nikita Mazepin, F3 champion Piastri will join Shwartzman at Prema in F2 for the 2021 season.

"We are delighted to extend our relationship with Robert into the 2021 season," said team principal Rene Rosin. "We thoroughly enjoyed working with him so far and we are really proud of his continued progress. He truly has a rare talent, and we are looking forward to seeing him take another step next year.

"In 2020, he immediately proved he could run for wins, and we want to build on that immediacy to be consistent contenders in 2021."