For 2021, Formula 1 feeder series F2 and Formula 3 will operate a new format featuring three races and a vastly changed qualifying system designed to spice up the action.

F2 drivers will contest two 120km (45 minutes) sprint races on Saturday followed by a Sunday feature race of 170km in distance within a one-hour timeframe. F3 will adopt a three identical 40 minute races.

The grid for the opening sprint race will see the top 10 in Friday's qualifying session inverted seeing the pole position winner starting from 10th.

The pole winner will however claim a bonus four points as per last year's regulations.

The changes have been dubbed "interesting" by many in the paddock with drivers admitting that an increased use of strategy will be required to achieve the best results.

"My point of view is that it is going to be quite interesting for the people watching and for us it will be a little bit more stressful," said Zhou, who will drive for UNI Virtuosi.

"You will definitely have to have no mistakes and try to finish in the top 10.

"I'm still not sure if qualifying pole is better or qualifying P10, but I will be going for the extra four points for pole.

"I think from my point of view it will make the championship more compact and close in terms of points especially when we are heading to Monaco or the city tracks.

"You couldn't really afford to have a bad qualifying and having technical issues in one of the races means you are out of the points or in a bad starting position." 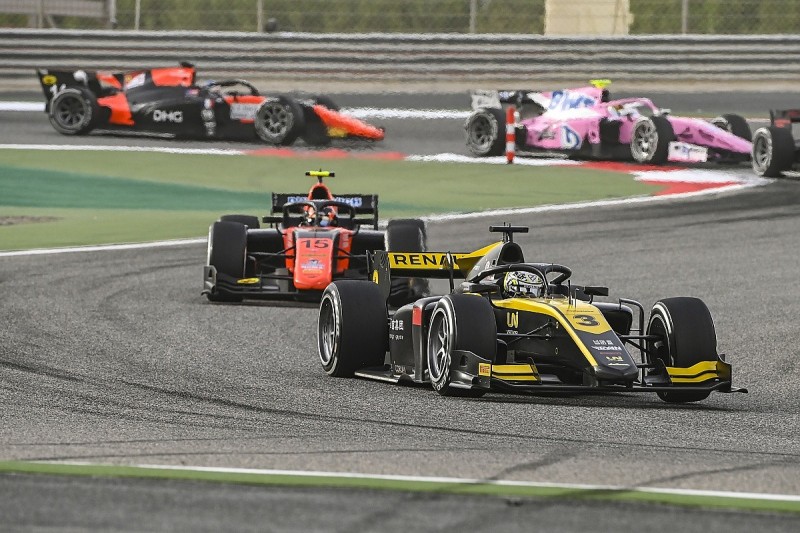 Although the format presents a new challenge for the drivers, Prema Racing F2 rookie and reigning Formula 3 champion Oscar Piastri believes the rules will continue to benefit those who qualify well.

"To be honest I think for qualifying it doesn't change anything regardless of how the reverse grids are going to work," said Piastri.

"You are still going to want to be on pole position.

"Obviously the feature race is still worth more points and you get four points for pole as well.

"I think it is interesting the way they have done it especially the first race.

"I think if you do qualify up the front, especially on pole, keeping out of trouble for Race 1 and then get the reverse pole for Race 2, so you have two races starting up the front, is going to be massively important.

"I think it still works to the advantage of people that can qualify well. I think it should be pretty exciting."

ART Grand Prix driver Christian Lundgaard says the new weekend format will feel "weird" but says the rules could bring the midfield teams more into the fight for points.

"I think it's going to be a weird weekend doing practice, doing qualy and then basically start the opposite if you are in the top 10," said Lundgaard.

"It opens up opportunities for the midfield teams to get in and have a chance of winning, but it also shows if a driver is consistent, which is what I have been missing in the previous years.

"If you are in the top three, top five every race you will be able to score good points and you will come out in a decent position towards the end of the season."

The new F2 format will make its debut at the season opening round in Bahrain on 26-28 March.