Ralph Boschung will replace Jack Aitken at Campos for the Formula 2 finale in Bahrain, as Aitken deputises for Mercedes-bound George Russell at the Williams Formula 1 team

Swiss driver Boschung had been announced this week as one of Campos' F2 drivers for the 2021 season, reuniting with the team with whom he started his F2 career back in 2017.

With the unexpected promotion of Aitken, who will make his F1 debut with Williams as Russell covers for the COVID-positive Lewis Hamilton at Mercedes, Campos has drafted Boschung into the seat a race early.

Boschung had already been in Bahrain in preparation for F2's post-season tests, which will take place during the week after the final race of the season on the regular circuit layout.

"We are glad to have Ralph with us this weekend, as it will give us a nice opportunity to start working together for next year," said team principal Adrian Campos.

"In such a professional racing environment, it is a golden chance for everybody.

"We expect to have a strong run in Sakhir with our drivers Ralph and Guilherme [Samaia].

"We are looking forward to racing on this new layout, which looks exciting." 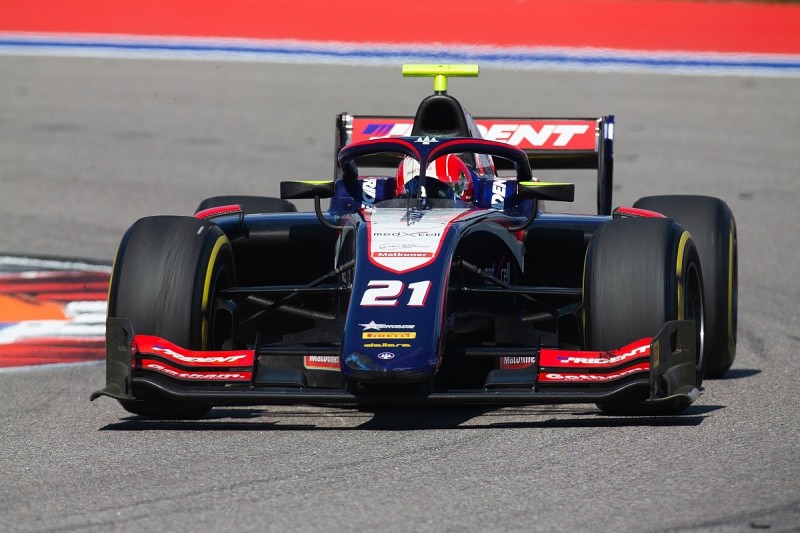 Boschung scored 11 points during his maiden F2 season with Campos, having previously raced in GP3 with the Jenzer and Koiranen teams.

With a best finish of seventh, Boschung vacated the seat at the end of 2017 as Lando Norris drove for Campos at the Yas Marina finale.

Boschung returned in a bit-part Trident campaign last year (above), but was unable to secure the backing to remain in F2 for 2020.

F2 has also recently announced that all 11 current teams will remain on the grid through its next three-year cycle, ranging from 2021 to 2023, and that the F2 2018 car currently used will also remain in place in a bid to cut overall costs.