Formula 2 racer Santino Ferrucci has apologised for the actions that earned him a four-race ban, after he clashed with Trident team-mate Arjun Maini on the slowing-down lap at Silverstone

Haas Formula 1 junior Ferrucci was fined €60,000 and banned from the next two rounds at the Hungaroring and Spa over the incident.

He was also disqualified from the results of that race having earlier forced Maini off the road at Turn 4.

Ferrucci was also seen to be driving with a glove off between the F2 and F1 paddocks at Silverstone on Sunday, which is not allowed, and to be holding in a phone in the glove-less hand. For these two offences he was fined €6000.

In a statement on his Twitter feed, he apologised for his actions, saying a "horrific year" had contributed to a "mental lapse".

Ferrucci added: "I have no excuse other than the fact I am a 20-year-old Italian American with a deep passion for motorsport, which is a very emotional sport. 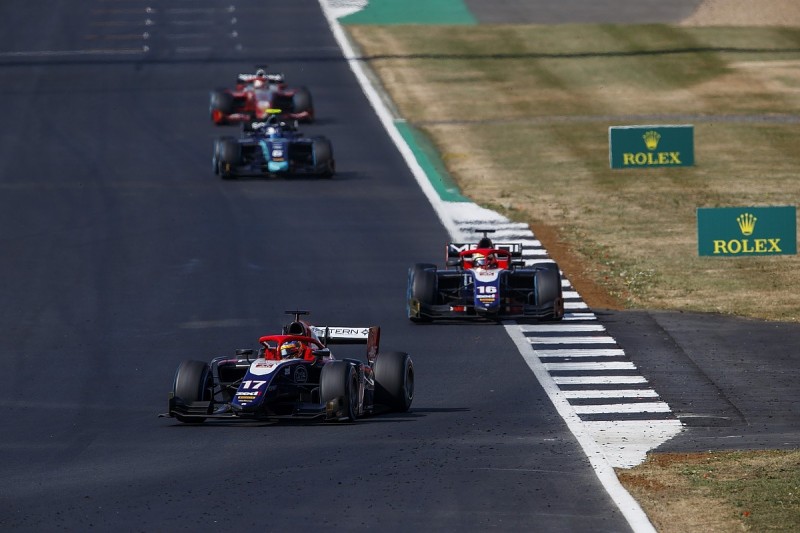 "While there has been much provocation leading to my mental lapse, it is still not an excuse and I will make sure that this does not happen again."

He apologised to his sponsors, Trident, Haas, the FIA and F2, his fans, friends and family.

Trident had tweeted after Ferrucci's ban that it intended to show "solidarity and support to Arjun Maini and his family, for the unsportsmanlike and above all uncivilised behaviour that he was forced to endure not only during this last weekend by Santino Ferrucci and [his] father, who accompanied him."

Ferrucci added that he had missed the FIA stewards' hearing over his driving because a random drugs test delayed his return to the paddock by an hour, and that he had then taken an early flight home to America "to attend to an extremely urgent time sensitive family medical issue".