Albon replaced his ART Grand Prix team-mate Nobuharu Matsushita at the top of the times early on in the 45-minute session and held the top spot until one-third distance.

Norman Nato then usurped Albon to briefly take first place for Arden International but the ART driver moved back to first place with the fastest lap of the session - a 1m48.974s - with 20 minutes remaining.

Matsushita was fourth fastest, ahead of Antonio Fuoco and Oliver Rowland, who had to pit early on, shortly after smoke had streamed from his DAMS car as he ran down the long straight ahead of the Turn 8/9 chicane.

Russian Time driver Artem Markelov and Macau Grand Prix star Sergio Sette Camara were seventh and eighth, ahead of Leclerc who was down in ninth place for Prema Racing.

The Ferrari F1 junior, who can break the all-time GP2/F2 pole position record if he takes the top spot in qualifying later on Friday, looked to be grappling with his car around much of the Yas Marina circuit, sliding out of the slower speed sequence at Turns 11/12/13 during the middle part of the session before locking up and going off-track at Turn 8, taking to the runoff and cutting Turn 9. 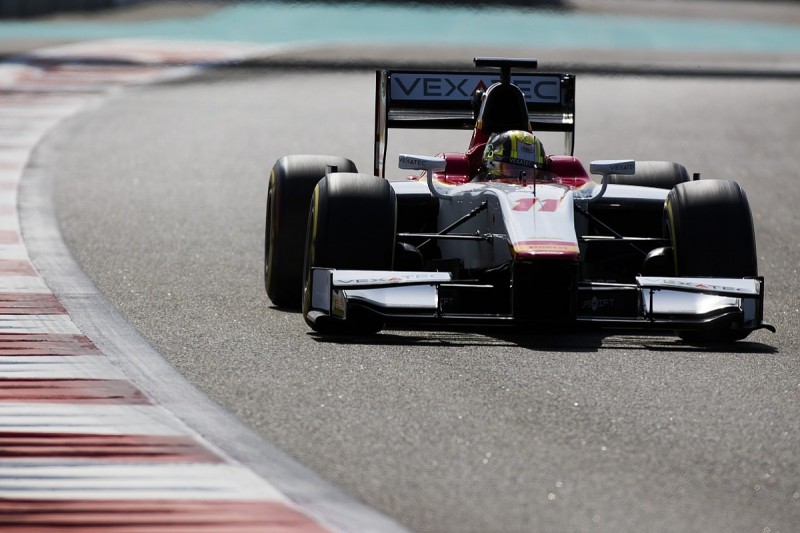 In the other Campos Racing run-car, Norris finished his first official F2 session in 19th spot, only ahead of Trident driver Nabil Jeffri.

Norris's best lap was 2.056s slower than Albon's best and he was over a second adrift of new team-mate Palou.

The 2017 European F3 champion - who was runner-up in Macau last weekend - also incurred the wrath of Markelov, who dived past Norris at the final corner before gesturing rudely in the Briton's direction at Turn 1 on the next lap.

Several drivers ahead off-track moments during the session, including de Vries and Nato - who both locked up and ran wide at Turn 1 before carrying on - while Rowland and Albon lost time at the Turns 5/6 chicane in separate incidents with Merhi and Jeffri.