Williams Formula 1 reserve driver Jack Aitken will return to the FIA Formula 2 grid for the next two rounds having been called up to replace Matteo Nannini at HWA Racelab.

At this stage Aitken is only set to join the team for this weekend's visit to Monaco and the following round at Baku, Azerbaijan, while Nannini, who was running dual F2 and Formula 3 programmes with HWA, has elected to focus on F3 for the remainder of the season.

The decision comes days after Nannini scored a podium finish at the F3 season opener at Barcelona. The 17-year-old, nephew of ex-Formula 1 driver Alessandro Nannini, also claimed two impressive top 10 finishes on his F2 debut with the team at Bahrain in March.

Autosport understands HWA was keen for an experienced head to fill the seat given the challenges of Monaco and Baku on the horizon. Several drivers were considered for the role but Aitken has emerged as the successful candidate to join Alessio Deledda in HWA's F2 roster. 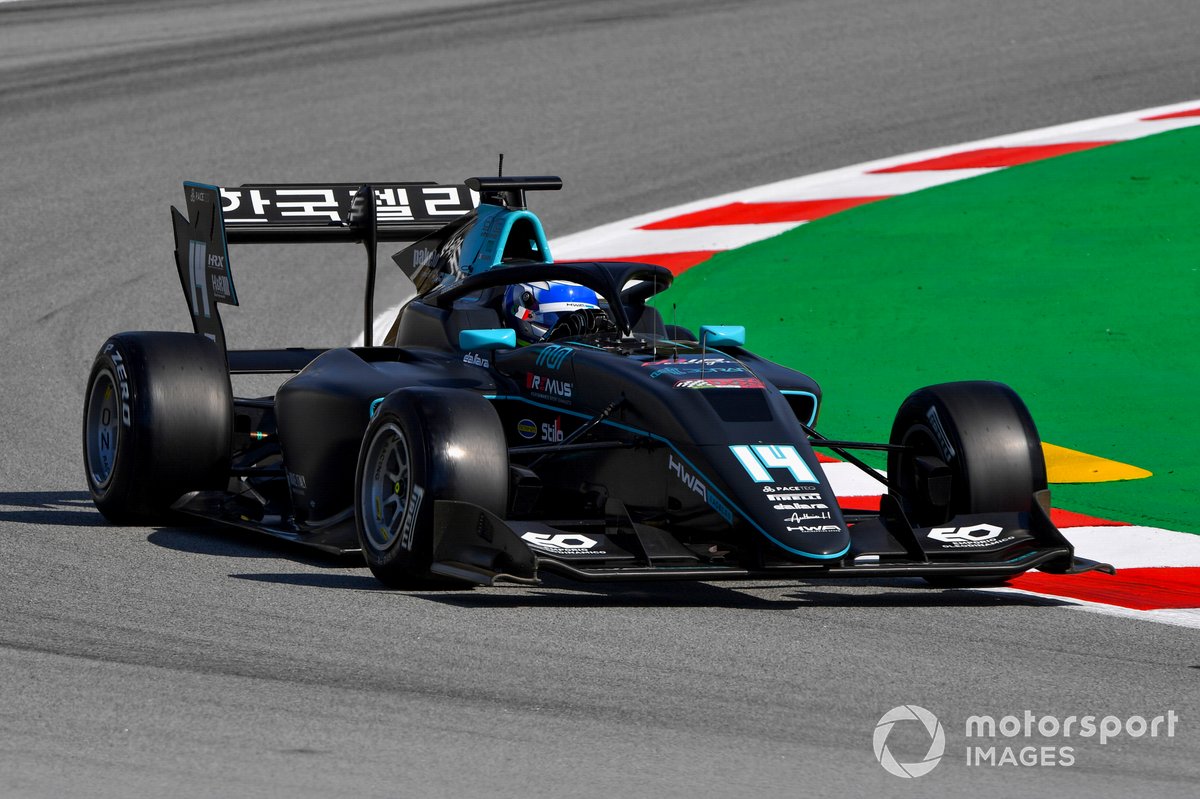 Aitken, who made his F1 debut with Williams at last year's Sakhir Grand Prix, brings a wealth of experience having contested three seasons in F2, scoring four race wins and racking up a further seven podium finishes.

The 25-year-old Anglo-Korean made his F2 debut with ART Grand Prix in 2018, before enjoying two seasons with Campos Racing, his best championship finish being fifth in 2019.

This season Aitken has made the switch to GT racing, driving an Emil Frey Racing Lamborghini in GT World Challenge Europe.

"I was surprised but also very honoured that HWA asked me to support the team in Monaco and Baku," said Aitken.

"They are two of my favourite circuits and it is going to be a real pleasure! I know HWA from races in the past, in which we have competed against each other.

"I have always been aware of their high standard. I am looking forward to returning to Formula 2 and working with HWA, in order to get the absolute maximum out of the two weekends."

Team principal Thomas Strick added: "We are delighted to have acquired such a talented driver as Jack. With his wealth of experience in the FIA Formula 2 Championship, he is sure to be a great help to us.

"In the case of Matteo, we will be focussing on the FIA Formula 3 Championship for the rest of the season. He has already shown his potential in that series at the start of the season.

"We now want to develop that potential and offer Matteo the best possible support on the rest of his career path.

"It is now important for him to continuously develop with regular successes. We feel this is the right step to sustainably develop and support him in the current phase of his promising career."

Aitken will kick off his programme with HWA on Thursday when practice commences for the second round of the F2 season in Monaco.