The Russian, who finished ninth in the 2013 standings as a rookie with ISR, will stay in FR3.5 despite Sauber initially hoping to promote him to an F1 race seat in 2014.

Sirotkin, who tested with Fortec at the end of last year, joins Formula Renault Eurocup runner-up Oliver Rowland at the team that has proved to be a regular title contender in recent years.

The teenager admitted that he was pleased to be able to focus on his 2014 campaign after his F1 hopes had not panned out as expected over the winter.

"It was a difficult December, with many important decisions for my career," Sirotkin said.

"Now that the full programme has been finalised, I am finally free to dedicate all my energies to the coming season.

"Let me say thanks to Fortec for the great opportunity they offered me. During the test run together in Spain, I had an immediate great feeling with all the people there."

Fortec team manager Jamie Dye added: "Sergey has been really impressive so far in testing and has the right attitude and attention to detail you need to succeed.

"He is still young and very fast - he's one to watch and we are really happy to have him as part of the team." 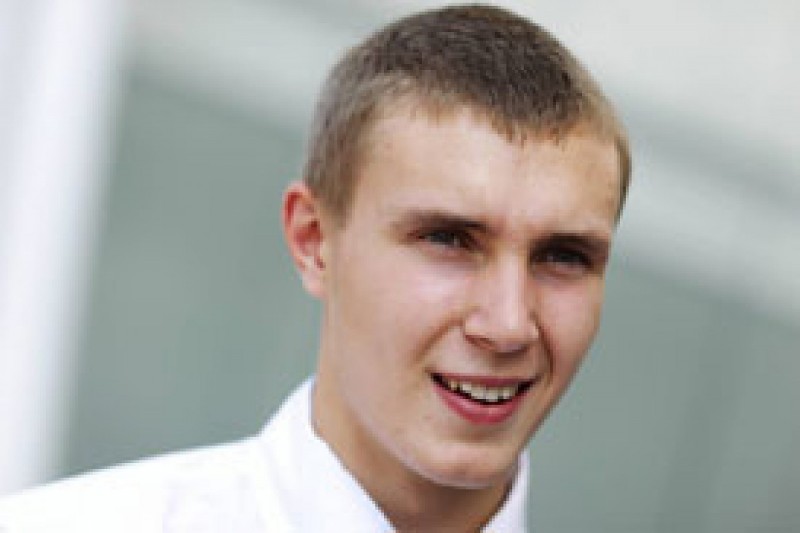 When Sauber's plans to fast-track Sergey Sirotkin to Formula 1 in 2014 first emerged, it was hard to find many people who agreed that it was the right way to go about nurturing the Russian teenager.

People who had worked with him, even during his at times impressive rookie campaign in Formula Renault 3.5, were adamant in conversations with AUTOSPORT that his development would be far better served by taking the time he needed to gain experience on the ladder before trying to make the step to F1.

Sirotkin's talent, or more accurately his potential, is not in doubt at this stage. When he stood on the FR3.5 podium for the first time as a 17-year-old last April, he was younger than a significant number of the drivers competing in the supporting Formula Renault Eurocup.

He's made it to this level ahead of schedule, but that process did not need to be accelerated further.

Staying in the same junior series for 2014 is the perfect solution for the 18-year-old, who can now go about mounting a title challenge with the team that has enjoyed so much success in the last few years with Alexander Rossi, Robin Frijns and Stoffel Vandoorne.

Sirotkin said at the end of last season that his F1 preparations with Sauber had benefitted his FR3.5 racing, even if results didn't always show it. Now, he has everything he needs to prove that has indeed been the case.

Caterham Formula 1 protege Will Stevens stays in FR3.5 with Strakka