Nyck de Vries says the much-publicised unpredictability of Formula E is why Mercedes is “hating and loving” the championship as the team ended its poor form in the London E-Prix.

The electric Silver Arrows squad entered the double-header round at the ExCeL Centre having failed to score a point in five of the last six races, stretching back to Monaco in May.

But de Vries climbed from ninth, including passing polesitter Alex Lynn, to finish second in London's Race 1 behind winner Jake Dennis, while teammate Stoffel Vandoorne rose from 14th to seventh after both Nissan e.dams cars were disqualified.

The result puts the Dutch racer up from 10th to fourth in the standings, four points off leader Sam Bird with three races to go, as long-time table topper Mercedes also recovers to fourth place after its slump.

Asked about the revived fortunes, the 2019 FIA Formula 2 champion reckoned the team had only lacked pace for the recent New York City E-Prix and had instead fallen victim to the Formula E qualifying format that places the points leaders in an unfavoured group one slot.

De Vries said: “Nothing is different [in London]. We approach every weekend the same and we always turn up as best prepared as possible.

“I do believe that in New York, we were probably not as competitive as we would have liked and expected to be. We, as a team, were not strong enough. We acknowledged that and we admit it.

“However, I think in Puebla [the previous round] we definitely had a strong package too.” 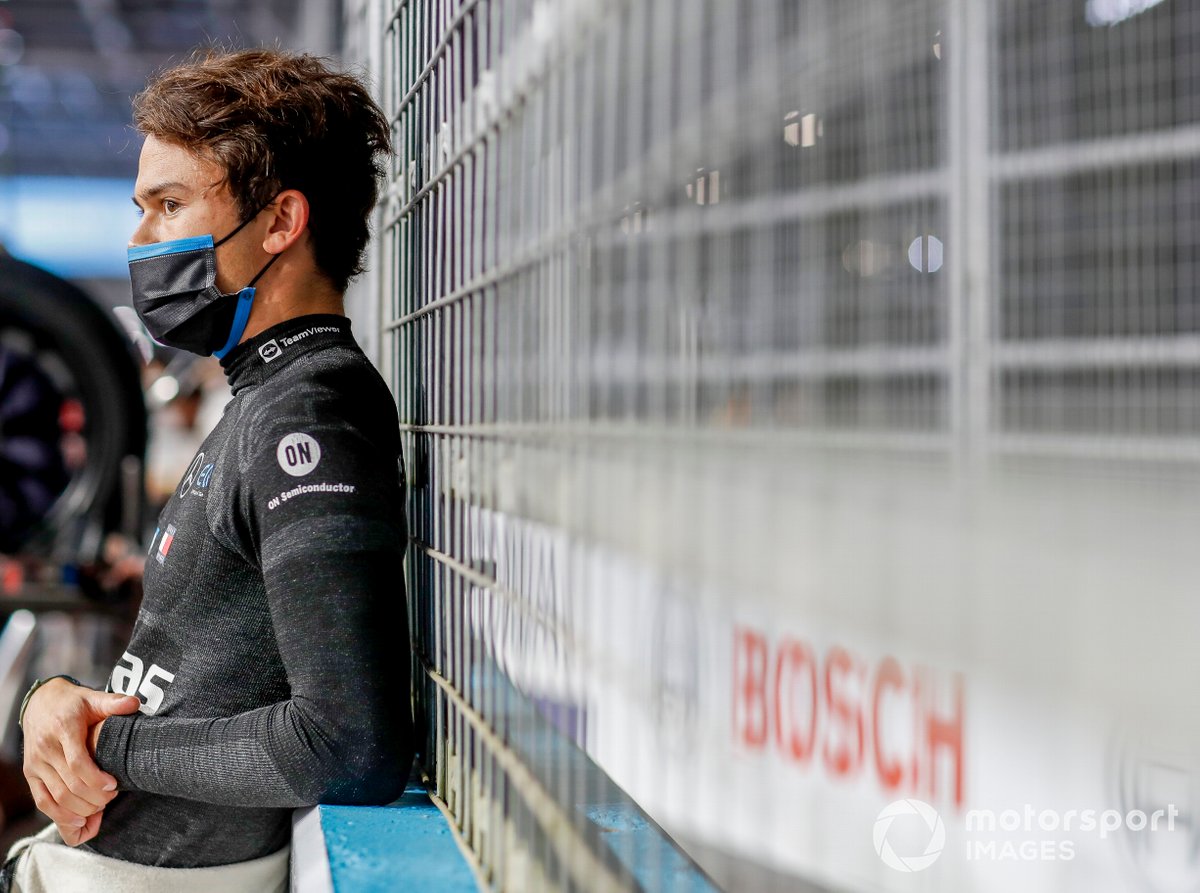 He added that the change in the competitive order from weekend to weekend was why Mercedes was both “hating and loving” its second season as a fully-fledged works team, having been prefaced by the one-season HWA Racelab entry in 2018-19.

De Vries continued: “Given this format, look at the championship standings, how up and down everything goes. It's just unpredictable.

“It says on all the publicity banners 'World's most unpredictable sport'. Well, we're in it. We are hating and loving it all the time.

“Hopefully, we get the timing a little bit right for the end of the season.”

With a maximum score of 29 points on offer for victory, pole, fastest race lap and fastest overall qualifying lap – including the group stages – all 24 drivers remain in mathematical contention for the title ahead of the final three races.

While many drivers criticise this, likening it to ‘everyone winning a medal at a school sports day’, de Vries was frustrated that some thought him and the team to be out of the title hunt.

He said: “I don't really get why people speculate and talk when we do bad, when we do better. It's just the nature of the championship.

“Ultimately, over the whole season, we've had a very strong package. I can't have any kind of predictions going forward.”