Lucas di Grassi set the pace in the final Formula E practice session ahead of the second London E-Prix, beating race one victor Jake Dennis and the disqualified Oliver Rowland.

The Audi driver moved to the top of the leader board with his impressive 1m20.001s effort, posted during the final qualifying simulations runs, delivering a session-best final sector.

That put the 2016-17 champion comfortably fastest over BMW Andretti driver Dennis by some 0.232s, the rookie celebrating his second Formula E victory on Saturday afternoon.

That margin in di Grassi’s favour arrived in a session when a second split the top 19 drivers.

Dennis had complained of a momentary power loss, but still had a tenth in the bag over fellow Briton Oliver Rowland, the Nissan e.dams driver excluded from the Saturday race alongside team-mate Sebastien Buemi for exceeding the amended 47kWh race energy total.

Mercedes racer Nyck de Vries, who climbed to fourth in the standings after his second place in the opening ExCeL Centre race, ran to fourth fastest ahead of championship leader Sam Bird.

Although Envision Virgin Racing rookie Nick Cassidy slipped to 10th as teams switched over to their qualifying preparation, the Kiwi did deliver impressive race pace earlier on. 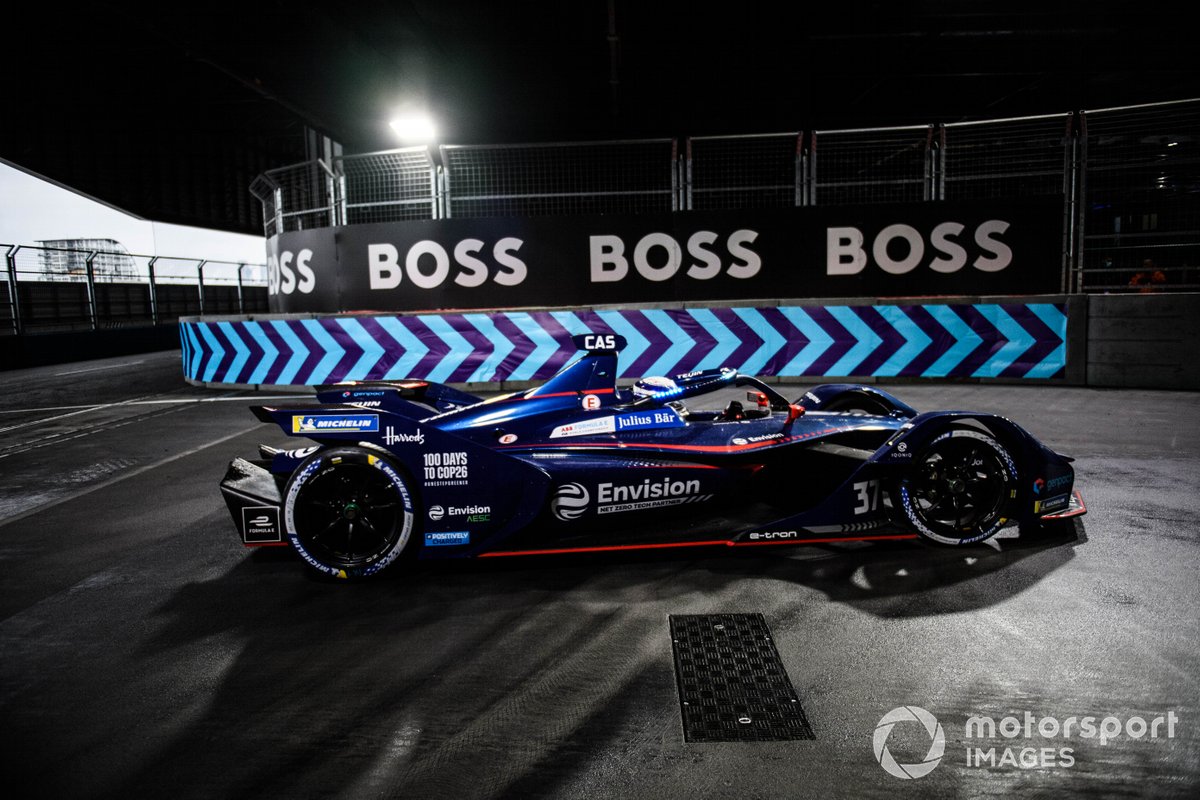 He ran to the top of the timing screens among the lower-powered 200kW runs, beating Rowland and then Dennis by a couple of tenths.

Meanwhile, Frijns – who blasted Joel Eriksson after the pair came together on Saturday – had been the first driver of the weekend to dip under the 1m21 threshold, posting his 1m20.875s to sit comfortably top for much of the 45-minute run.

But after Sette Camara's improvement and as the final full power laps were put together, Frijns fell to 15th ahead of Tom Blomqvist.

Although the session ran without major incident, other than a smattering of yellow flags, Sette Camara was somewhat lucky to avoid a brush with the TecPro barriers.

The Dragon Penske Autosport driver, eventually sliding to eighth, had set his fastest lap but as soon as he crossed the timing line he then locked up into Turn 1.

His team-mate Eriksson was forced into similar evasive action at the same corner, hitting the throttle to complete a full 360 when he took to the run-off area.