The Belgian moved into the superpole shootout after his group two run, which landed him provisional pole at the time and he stood firm to finish third at the end of group qualifying.

His last run, a 1m20.181s, meant he topped the final top-six showdown, finding a massive 0.265s advantage in the first sector alone, although he continued to bleed time for the rest of the lap.

Vandoorne hung on to a 0.041s cushion to dethrone the Nissan e.dams of Rowland at the top of the times, and then landed his fourth series pole when Alex Lynn fell short on the last run.

Lynn shipped a tenth to Vandoorne in the opening sector but closed the gap to just one hundredth of a second over the middle of the lap before a slight wall glance knocked him to third.

The Saturday polesitter, however, will lead the second row of the grid in his Mahindra Racing machine ahead of Vandoorne’s Mercedes team-mate Nyck de Vries.

Lynn earned a bonus point for topping group qualifying and reckons his team has unlocked more race pace after he fell to third at the ExCeL Centre during the Saturday race.

Mitch Evans ran from group three to an eventual fifth, the Kiwi running too deep into Turn 1 on his flying lap which then compromised his line through the Turn 2 chicane.

But the Jaguar Racing driver recovered over the remainder of the lap to eclipse final superpole runner Maximilian Guenther, the BMW Andretti driver turning in a solid but unremarkable final lap after crashing out of qualifying the previous day.

With the drivers in the final group reporting spots of rain returning, none of the bottom six in the championship could fight their way into the superpole dogfight despite their late runs.

That ensured de Vries converted his disadvantageous group one slot, while Pascal Wehrlein was the first to miss out for Porsche by 0.06s and will line up seventh for the Sunday race. 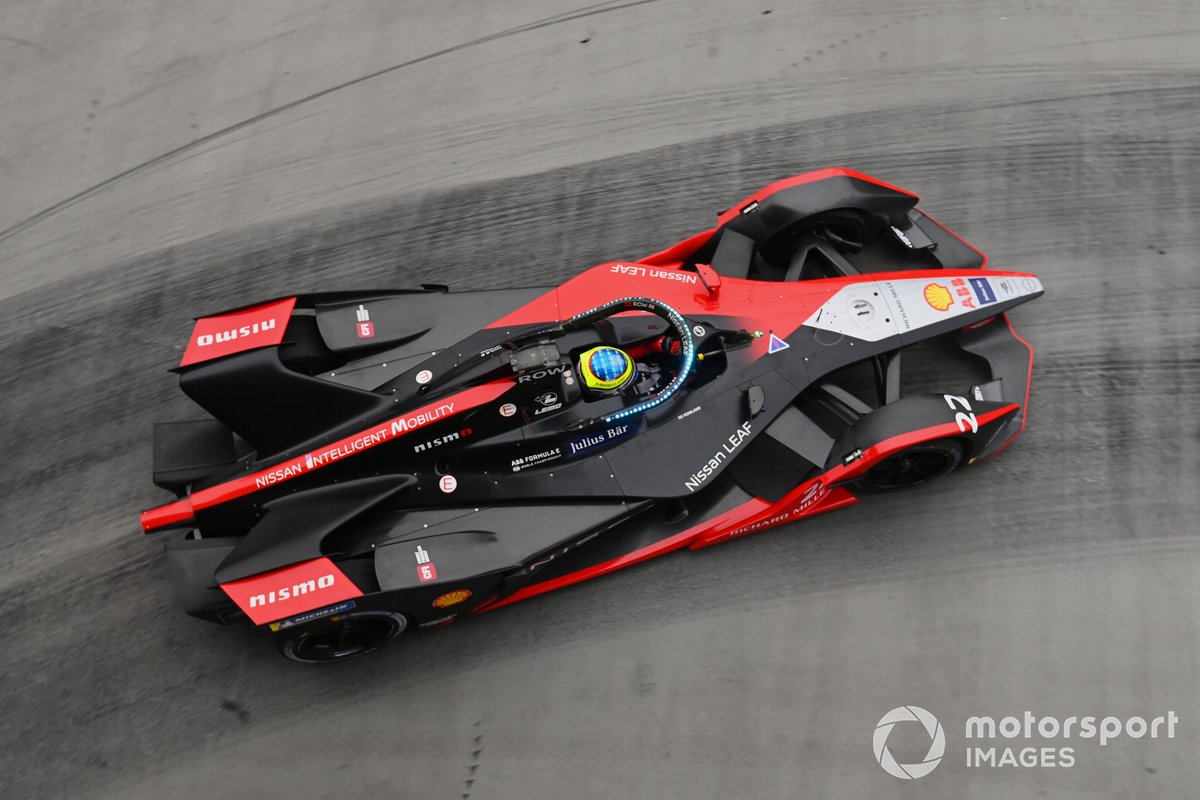 Alongside Vandoorne, Wehrlein had to fight through the group two run, which was most impacted by the rain that hit the outside middle sector and created a massive spread in times.

However, as the track then dried in time for the group three run in addition to the natural track evolution of the largely indoor first and final sectors, Robin Frijns was knocked back.

The group one runner for Envision Virgin Racing had only lapped 0.109s off de Vries’ effort for provisional pole but was eventually pushed down to an eventual eighth.

Sergio Sette Camara could not quite make the most of the Dragon Autosport Penske one-lap pace to repeat his Saturday qualifying heroics, missing superpole from his group four run to land ninth fastest as Lucas di Grassi completed the top 10 for Audi.

Nissan e.dams driver Sebastien Buemi, aiming to bounce back after his best result of the season in fourth was lost to a disqualification for exceeding energy limits, used his group four running position to strike 11th ahead of the second Audi of Rene Rast.

Andre Lotterer failed to repeat the mighty lap that earned him a superpole shot on Saturday, eventually winding up in 16th ahead of race one winner Jake Dennis, who did suffer from his group one slot but had still been 0.422s behind the Mercedes benchmark laid by de Vries.

Nick Cassidy bolted for an immediate flying lap as the rain threatened to really hamper the group two runners, but the gamble did not pay off and he was only 18th ahead of a mistake-hit lap for Alexander Sims, Mortara and points leader Sam Bird.

A lowly session for the two DS Techeetahs means reigning champion Antonio Felix da Costa was only 22nd, six tenths off the pace, with Jean-Eric Vergne another 0.049s adrift to only line up ahead of Oliver Turvey, who tagged the wall in the middle sector at the cost of 1.3s.

Eight drivers were fined €1000 when their in-lap exceeded 120% of their qualifying time.