Vergne, who grabbed pole position on his Formula E debut in Punta del Este in 2014, started from the front once again and resisted constant pressure from a determined Lucas di Grassi to win by 0.447 seconds on Saturday.

He said he believed it was necessary to keep pushing Techeetah - Formula E's only privateer team - because of the might of the manufacturers they are up against.

"Winning the race today, in these conditions, against Lucas - one of the best drivers I've raced against - was really tough," he said.

"I think I can handle pressure pretty well and today I proved to myself that I could.

"I didn't make a single mistake in the whole race and I'm really pleased because of that.

"It was probably the hardest [of his three victories], and probably the one I'm most happy with in terms of my driving, my whole race.

"We don't have easy days right now. I'm pushing really hard and sometimes people [in the team] may not be happy, but today the win is the proof to everybody that I have a lot of pace.

"We've had some fights within the team because I sometimes push people so hard, but we're a private team and in order to beat those guys - Audi, DS, Renault - we have to be at the top of our game.

"We have fewer resources to play with to improve the car and the powertrain.

"It makes me happier because now for the rest of the season everybody will push with me." 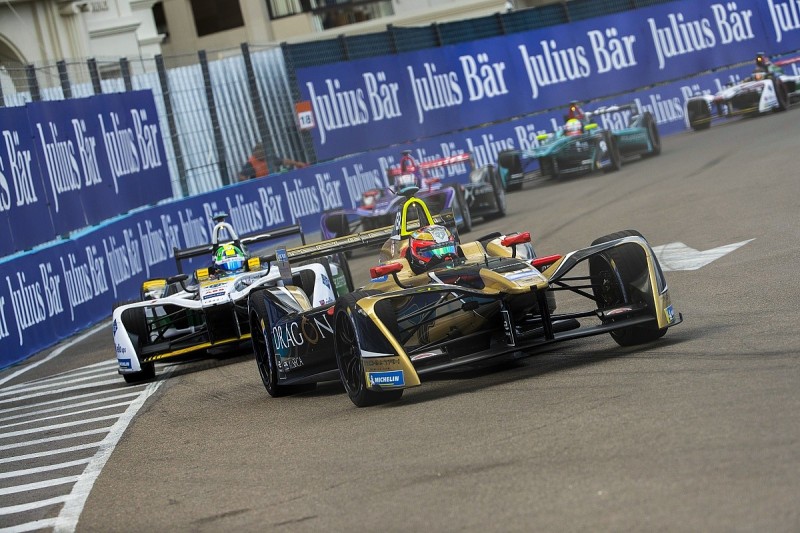 Vergne made the better start but was shadowed by Di Grassi throughout.

He maintained the lead through the mandatory car swaps but had to rebuff an overtaking attempt at the penultimate corner on his out-lap, then stood firm against a barrage of attacks during the final laps.

"This track is really difficult to overtake on, especially if the guy in front just wants to defend," he said.

"And JEV defended very well, so there was very little margin to attack.

"There was one time he did a small mistake coming into the last sector, I tried something and we ended up touching a little bit.

"We were super-close, but on a track like this with chicanes and brakings that move around - not straight-line braking - it's super-difficult to pass.

"I tried my best - really I have to thank Audi Sport, the car is super-competitive - and this will not be the last time you see us fighting for victory this season."

Vergne now leads the drivers' standings by 30 points over fifth place finisher Felix Rosenqvist, while di Grass's first podium of the season elevated him to 10th overall, 88 points behind Vergne.