Vergne: Techeetah is nowhere near peak of 2016/17 Formula E season

Jean-Eric Vergne has admitted Techeetah is "nowhere near" its race-winning performance from last season, despite leaving Formula E's 2017/18 Hong Kong opening weekend second in the points

Vergne qualified on pole for the opening race of the season earlier this month before finishing second, then salvaged fourth from seventh on the grid on the Sunday.

It left him two points behind Saturday winner Sam Bird in the championship, and Vergne said the room the team has to improve left him buoyant as he had predicted a tough start to the campaign.

"The good half is because we are second in the championship with 33 points and last year we had none," he told Autosport.

"The car I had this weekend is nowhere near what I had in New York and Montreal [the season finale that Vergne won in July].

"It was an extremely difficult car all weekend and I did the best I could with it, so I'm pretty proud with what I achieved.

"We will work hard now to get to the performance we should be having."

Vergne said there was "a lot" for the team to work on, including the basic set-up of the car and also optimising its customer Renault Z.E.17 powertrain, which it only had three days of on-track running at Valencia with prior to Hong Kong.

"We have a good margin to progress with the team, therefore all I wanted was to score some points and it's even better than I expected," said Vergne.

"We basically have the same powertrain as last year, and last year was much better.

"It makes me positive, I know we can improve the car.

"We have to keep working - a good race in Marrakech and I think we're set for the season." 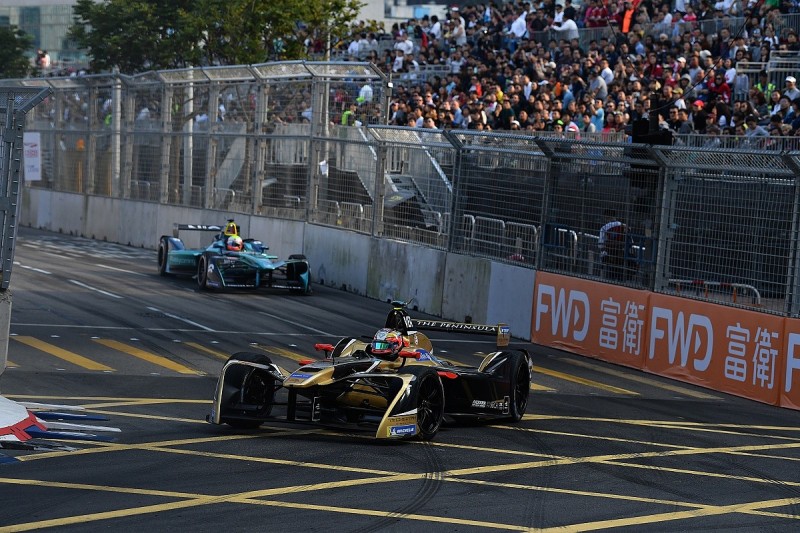 Techeetah team principal Mark Preston reckoned the weekend went "probably better than expectations", but also admitted the order is "all so jumbled up from where we thought it would be".

He identified Vergne's drop in performance in qualifying Sunday as the team's primary source of concern.

"Certainly in qualifying Saturday we were quick," he said. "I don't know why we dropped back on Sunday because Jean-Eric felt that his lap was pretty good.

"We'll have to have a look at that. It was slightly less good for us. but otherwise not too bad."

Vergne's new team-mate Andre Lotterer failed to score points during a challenging opening weekend, but took heart from a better Sunday race in which he fought briefly with Sebastien Buemi in the midfield.

Preston said that was encouraging because "we thought Andre would take a little bit of time to get up to speed".

He added: "At Marrakech, which is more of a traditional race track, and with more practice, I'm sure that'll mean he'll jump up."