Stoffel Vandoorne says his win in the second Rome E-Prix counts as “redemption” and validates the work of the Mercedes Formula E team during the pandemic.

Polesitter Vandoorne was tagged by Andre Lotterer in the opening race and finally eliminated after he hit a manhole cover while trying to avoid the stricken Audi of leader Lucas di Grassi.

The Mercedes crew worked until midnight on Saturday and continued early on Sunday through to the deadline for parc ferme ahead of the final practice session to repair the car.

Vandoorne then bounced back with a controlled victory, having led by four seconds, before a late safety car cut his gap to 0.666s over Alexander Sims at the flag on Sunday.

He described the win as: “Redemption.

“Yesterday was a pretty emotional day for us. Then I knew in the race [today] that I had the pace to go and win. We were quick when it mattered.

“The car was very damaged yesterday, and [the mechanics] had a tough job list to get everything ready for today. But the car was perfect again.” 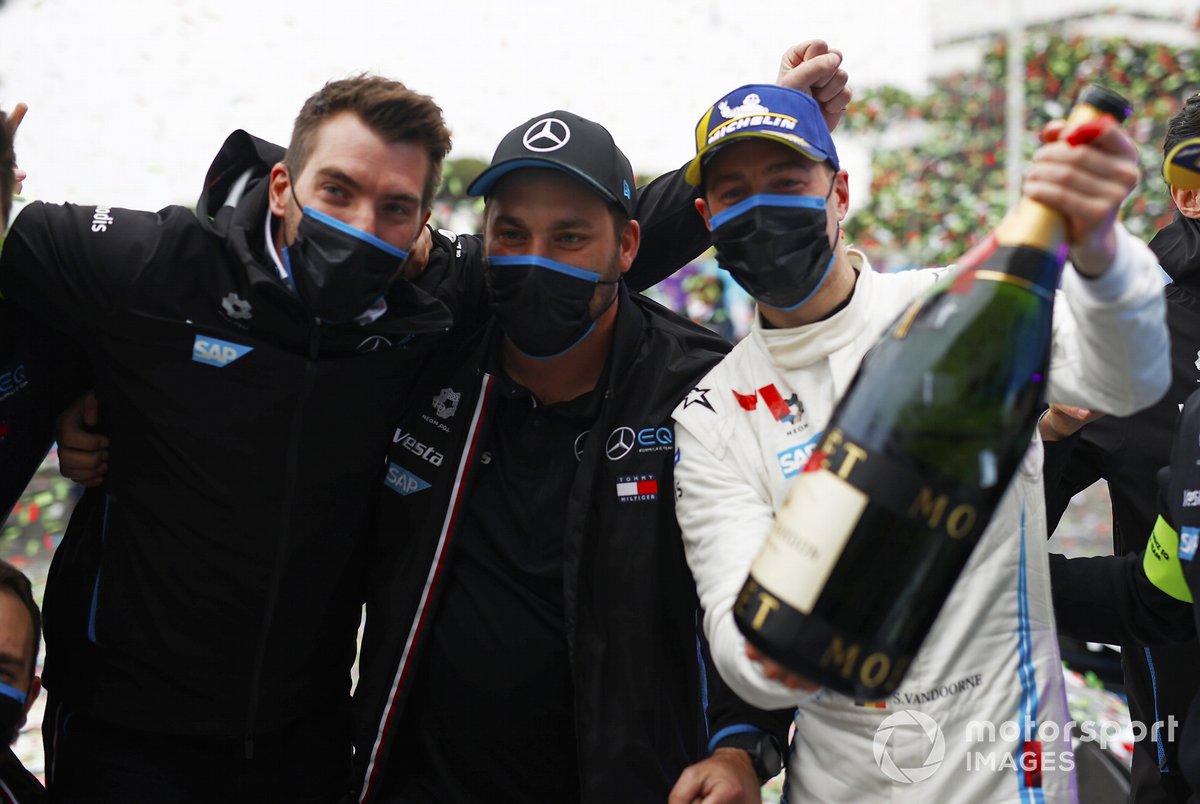 Stoffel Vandoorne, Mercedes-Benz EQ, holds a bottle of champagne, celebrates with his team

Vandoorne, snaring his second Formula E win, reckoned he had been “a little bit lucky” with the timing of a full-course yellow for a collision between di Grassi and Sebastien Buemi.

Vandoorne disagreed with the need for a last safety car after Audi driver Rene Rast span backwards into the wall on the approach Turn 1. Although he conceded that without it, he might have been prey to Sims.

Vandoorne said: “I had Alex kind of closing the gap before the safety car.

“They actually looked at some point a bit stronger [than us].

“They were the same energy [level] and they were closing down the gap to us.

“[It’s] hard to tell what would have happened without the safety car.

“[I’m] not really sure why the safety car was needed for that incident. I guess it made for a little bit of a show and obviously the safety car restart is always difficult with cold tyres, cold brakes.” 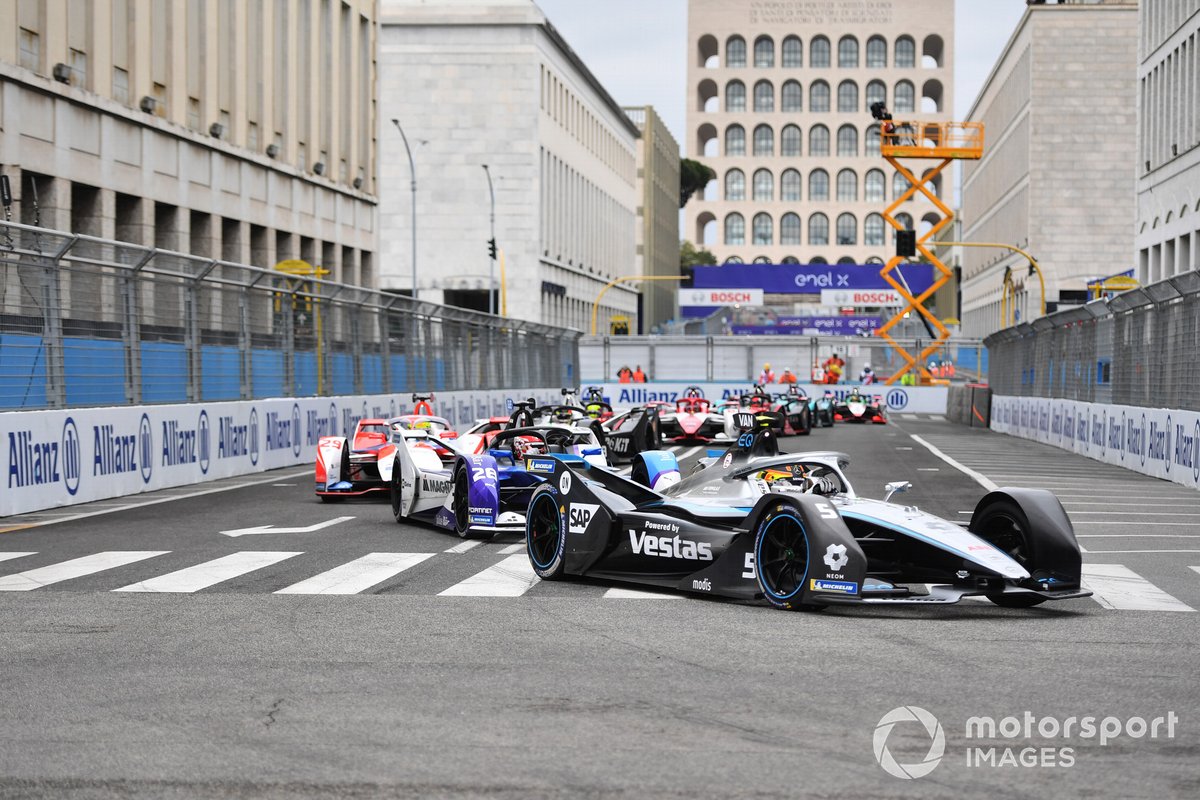 Vandoorne, thanking the work of his mechanics, reckoned the five-month break last year between races, caused by the pandemic, allowed Mercedes to close the gap to rival teams.

He said: “As a team, when the pandemic happened at the start of last year, we really had some time to analyse our package to really sit down and look through the points we had to work on.

“We came to Berlin and everyone really made a step forward. Whether it's from the engineering side, strategy side or my own driving. We all made some positive steps forward. It's very encouraging.”