Stoffel Vandoorne says a "bizarre" experience with the Formula E attack mode loops denied him a podium chance at the Jakarta E-Prix, and rued a lack of pace in qualifying.

The Formula E points leader was fastest in his group on the 220kW power modes, but was unable to find enough pace at 250kW during his quarter-final duel and was knocked out by eventual race winner Mitch Evans.

Vandoorne made good progress from his starting grid slot of seventh, getting among a fierce battle between himself, front-row starter Antonio Felix da Costa and Jake Dennis - and looked to have the pace to move beyond them.

But a missed second attack mode activation - similar to his Diriyah attack loop faux-pas which ultimately helped his Mercedes team-mate Nyck de Vries secure victory in the opening Saudi race - meant that Vandoorne had ground to make up in the race's second half.

Assessing his qualifying performance, Vandoorne explained that there was "not a specific reason" for struggling to find performance in the duels stage, but explained that it has left him out of the victory battle in recent races.

"It's not a perfect result, that's for sure," Vandoorne reflected.

"I think there was P4, P3 maybe on the cards. We missed a little bit in qualifying; recently I've been so good in the group stages. I've been, I think, P1 so many times now. But then I've always lost my first duel.

"And it's been challenging to get through that stage. There's not a specific reason for that, it's all small details in the end.

"But we've not been able to nail that which means that I'm always starting P7, P8, and just kind of a little bit behind the fight." 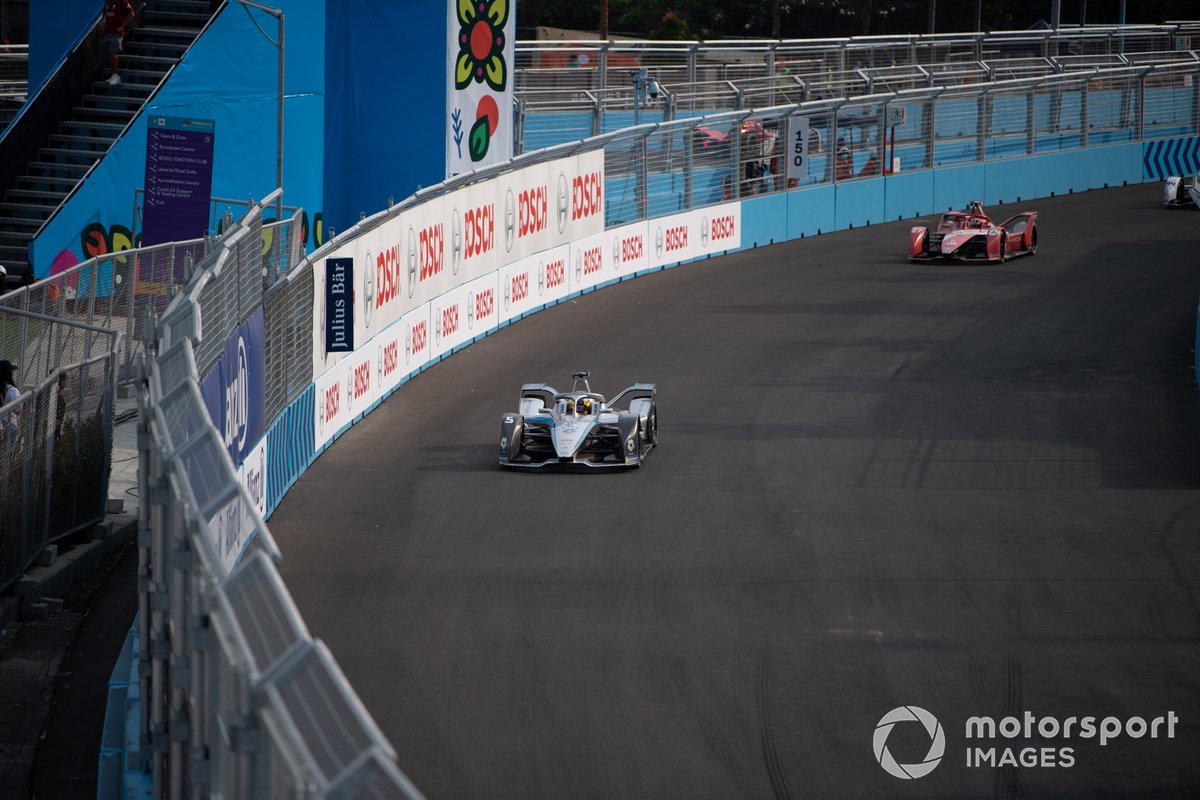 When considering his race pace, the Belgian felt that although he lacked the perfect balance in his car, he had enough to fight among the front-runners.

He added that the miss for his second attack mode was "frustrating", reckoning he had enjoyed a much cleaner drive through the timing loops on the abortive second activation.

"I think the race was going quite okay. Our pace, I don't think we quite nailed the balance today. But it was good enough to be at the front and to be to be in the top four, top five, I'd say.

"It was a shame that I missed the attack loops in the second one. Which to be fair, it's so frustrating, because the first one I kind of completely drifted through it. And I thought, 'okay, I don't have them.' And then I got it.

"Then I did a super clean second one, and I'm like, 'wow, I missed it!' So it's quite bizarre.

"It was just quite an unfortunate situation, and then having to take it twice, you go twice the long way around and you get kind of dragged out of it.

"That dragged me back a little bit. I think without that I would have joined the top three queue and then it would have been a four-way fight probably until the end."