Formula E's drivers have praised the inaugural Jakarta E-Prix, with Nyck de Vries calling it a "great" event and leaving the field impressed with the circuit's layout and surface.

The Jakarta circuit was largely-purpose built for the Formula E race, using two existing roads outside of the Ancol Beach City mall but featuring newly laid tarmac and corners on the east and west flanks.

This gave it variance to the usual cast of street circuits, which use roads that offer less grip compared to Jakarta's specifically laid surface.

This brought in a packed-out crowd as the event proved popular in Indonesia, garnering plenty of attention from the country's media.

De Vries felt that the race was a "big success", paying tribute to the fans in attendance - as he drew significant support owing to Indonesian roots in his family.

"I think the event has been great. I think the excitement from all the fans, the passion and the kindness and welcoming from everyone has been really great," de Vries said.

"I hope to come back next year - hopefully, we'll pull off a night race to cool things down a little bit!

"But I think the race was a big success, and everyone seemed to enjoy this event. So yeah, very grateful for their hospitality and excitement really, because it was a real pleasure." 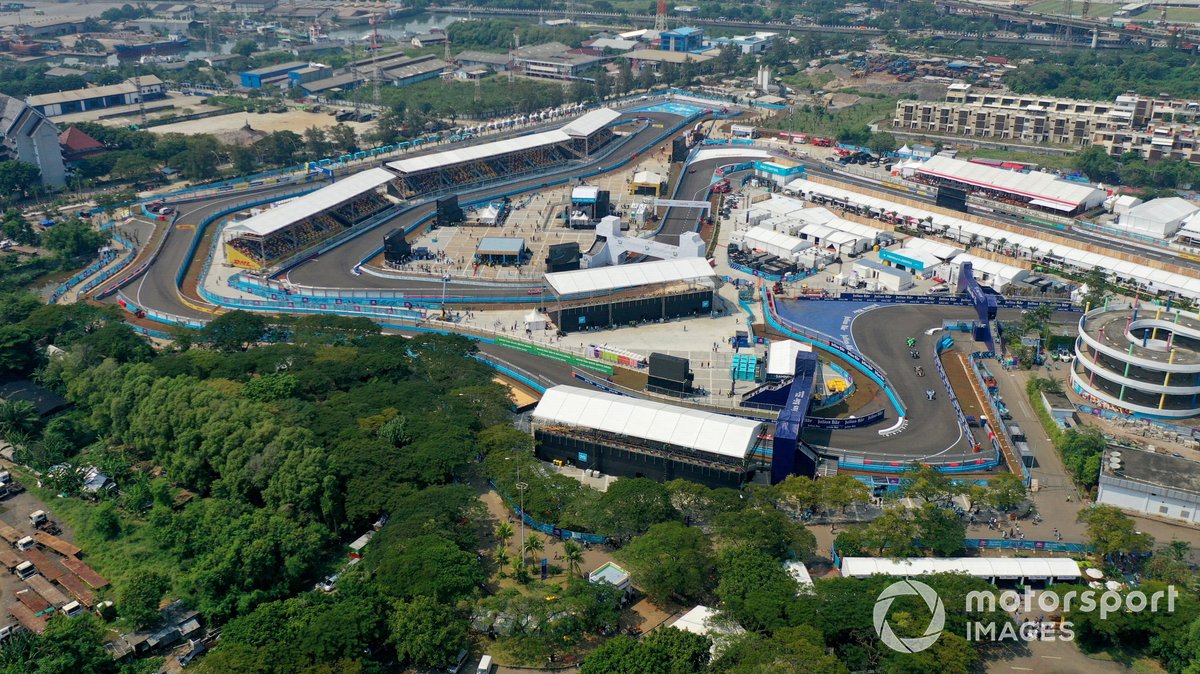 An aerial view of the circuit

De Vries' comments for a cooler race - where temperatures reached a high of 33 degrees C amid around 70% humidity - was echoed by race winner Mitch Evans.

"The fans were incredible. They've always been always very supportive of motorsport," Evans said. "I think for Formula E it's very important to come to Indonesia, it's obviously a huge population. The whole event has been really smooth, the track's been great.

"I'm hoping we come back next year, just maybe a little bit colder would be nice!"

Stoffel Vandoorne explained that the tarmac used for the circuit offered a very different level of grip, but the high temperatures added to the challenge of tackling the circuit.

The Belgian was impressed that, for newly laid tarmac, there was no break-up of the surface in the heat.

"It's quite a different circuit than what we've been used to. The tarmac is always a big talking point, you know, wherever we're going," he said.

"It's a different challenge. And it just makes it interact so different with the tyre behaviour and here with the heat like we've had today, it just makes that even more tricky to get the car in the right window and to extract the pace from it.

"I think they've done a really good job. The tarmac wasn't breaking up in this heat. We've seen a lot of other circuits where it's happened.

"So nothing to comment from that side. I think the track was in a very good shape from the beginning, really, so fair play to them. It's a fun one. It's different, that's what makes it exciting." 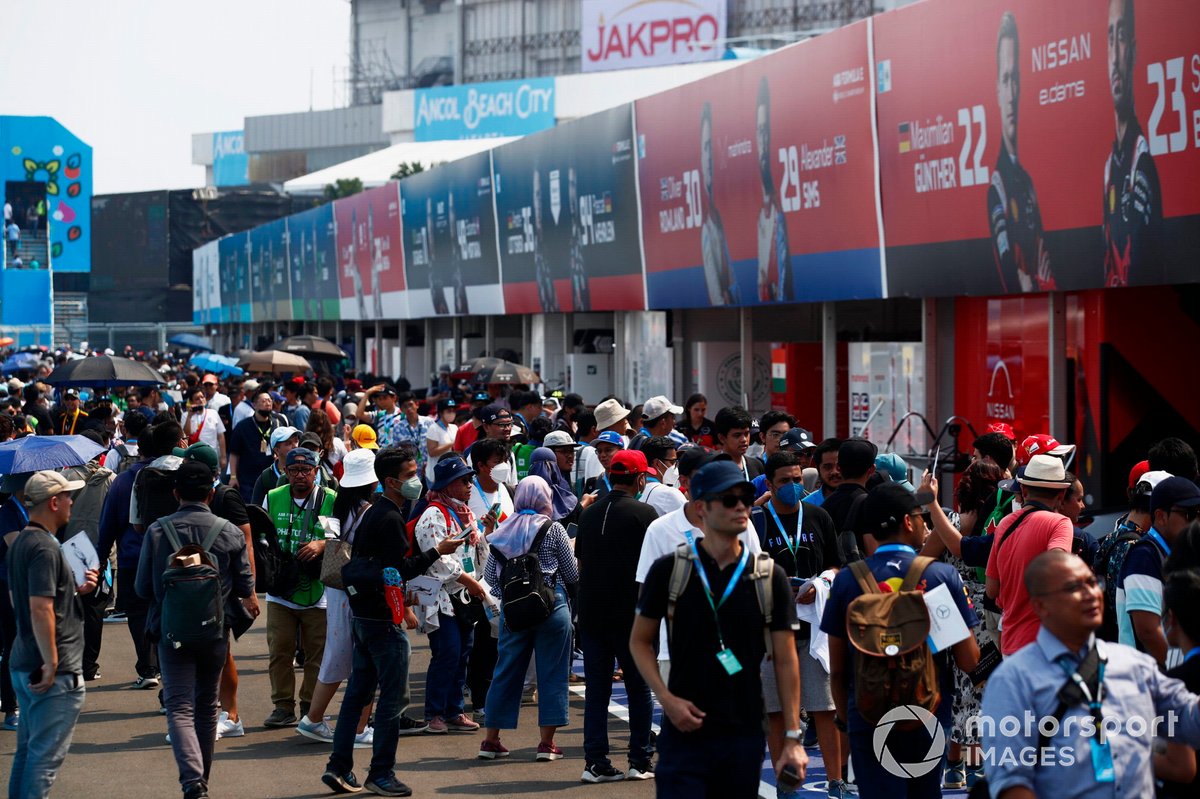 Fans in the pits

Porsche's Andre Lotterer also enjoyed the circuit, although conceded that his personal preference was in a more traditional street arena.

"It's like a proper like Formula E circuit, let's say, if you put it in in the in the permanent track category like Marrakech or Berlin or those kind of hybrid locations," added Lotterer.

"It looks a bit more professional, of course, but still racing in the streets is a bit more fun, I think a bit more Formula E style.

"The thing here was also the track evolution, obviously with this asphalt, it was quite impressive at the beginning.

"It was quite big tyre wear in this temperature and with that type of asphalt but I think it was it was a great event in general.

"Tough for us to come racing in the heat, but I think the local people enjoyed it. They seem very enthusiastic."