Piquet crashed out of the Mexico E-Prix while trying to make his way up from 11th on the grid, colliding with Jean-Eric Vergne heading into the final chicane.

In qualifying, Piquet had been on course for a strong grid position as he ran in the advantageous group four due to his championship placing, but slid wide entering the stadium section and lost time.

Jaguar's average qualifying position across the two cars is 11.9, with Piquet's average 13.5 to team-mate Evans's 10.3.

Piquet, who has yet a score a point in the 2018/19 FE season, said that the Mexico City event "was supposed to be a good weekend" before the qualifying disappointment and the dramatic crash.

"It's frustrating but we know the points our team still needs to work on, starting with qualifying as our pace isn't good enough and we still need to improve," he told Autosport. 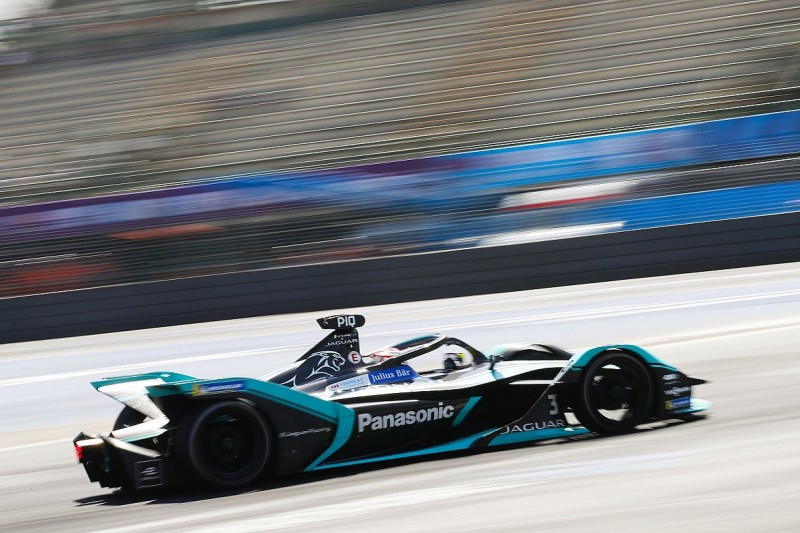 Team-mate Evans has finished in the top 10 in all four races to date and believes Jaguar's performance in the races show its qualifying weakness.

"We had a good package but we were making life too hard for ourselves in qualifying," he told Autosport.

"The car is very unpredictable and on the edge, which is the last thing you want.

"The car is quick in the race. It's nice to have that but we need track position and it only comes from good qualifying and we're not performing on both cars.

Asked whether he thought it was software or set-up causing Jaguar to struggle in qualifying, Evans said: "Bit of both.

"We still know what we need to fix, but the solution at the moment is a little bit grey.

"I think we need to simplify things, we've got a lot of technical things in the car and getting it all to work in harmony is difficult.

"It's a bit of software, set-up. The car can be quick, but it's a bit high maintenance at the moment."