FE added a makeshift chicane to the start-finish straight at Valencia for the opening day of last month's test, then another on day two.

The chicanes, made from tyres placed in front of concrete blocks, drew significant criticism at the time.

Porsche LMP1 driver Jani had tested with Dragon Racing in private before the three-day official test, and said it was beneficial to try something designed to replicate the series' tight street tracks.

"The most valuable for me have been those ugly chicanes," he told Autosport.

"Where do you see that? Can you test that anywhere? It does not exist.

"You have to drive with this car in a very specific way and it's so different, you have to get your head around them.

"I've been testing before with this car but it's other tracks and I can find my way.

"Valencia was very valuable for me with those chicanes, and then with the long runs - we focused on a lot of long runs - and we tried things.

"So for me it was three very important test days, especially because it was the first time I was in the cars I'm going to race." 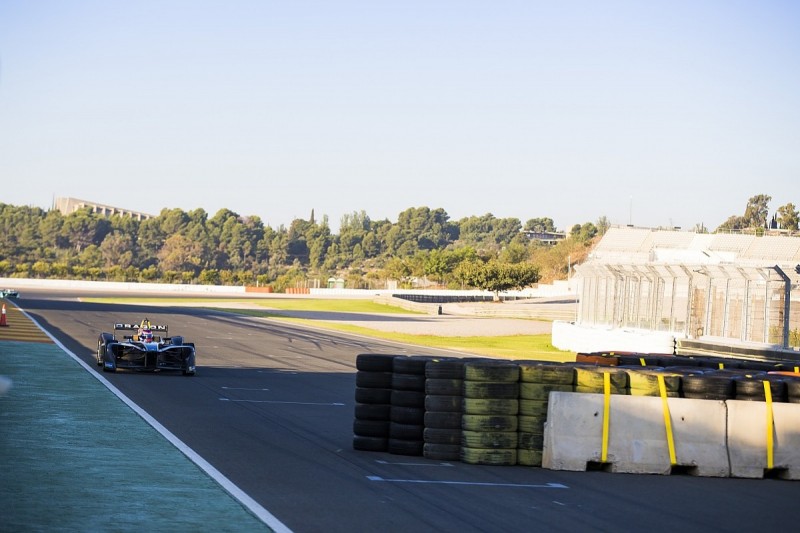 Jani said he had joked with Porsche LMP1 team-mate Andre Lotterer, who has joined Techeetah for his own FE debut this season, about the odd design of the chicanes.

Lotterer told Autosport: "I am new to Formula E, so I don't know how these guys drive around in the street courses, but it is good to hear that some did not like it.

"It means that the street courses are better than that - that could have been scary!

"Obviously it is not ideal and I did not like going through there.

"I don't know the reasons why they couldn't bring something better, they probably have them.

"I don't think Formula E is at the level of these chicanes, but there must have been something that they could not do."

Dragon will have 'highlights'

Jani's team-mate Jerome d'Ambrosio set the pace on the final day of the test with a time that put Dragon inside the top 10 for the entire week.

"Jerome's time shows there is potential, but at the same stage we are at a track which isn't representative of Formula E so it could be that someone else is quick when we go to Hong Kong," said Jani.

"All I see is that the field is very close and it seems like Dragon has managed to close the gap.

"Jerome's lap-time [on the final afternoon] was very positive for all of us.

"I'm really looking forward to the season and I'm confident we will have our highlights."