FIA president Jean Todt has called on the media to give more coverage to Formula E.

But speaking to select media including Autosport, Todt reckoned more needs to be done to boost “very special” Formula E as “one of the sports where we have the best competition”.

He pointed to a lack over coverage in the local newspaper ahead of the round in the Italian capital, which made him feel “bitter”.

“But still, we need to put a lot of pressure, we need a very strong coverage, we need media interest, we need the fan interest. That's what we need to build.

“We want to promote electric mobility in cities and Formula E is great way to achieve that. It's very special.

"We have all the ingredients to have a very strong championship.

“We need to have that well-advertised.

“When I see, for example, an expert magazine or paper, they don't speak enough about it.

“It deserves much more. That's what we need to improve for the championship.” 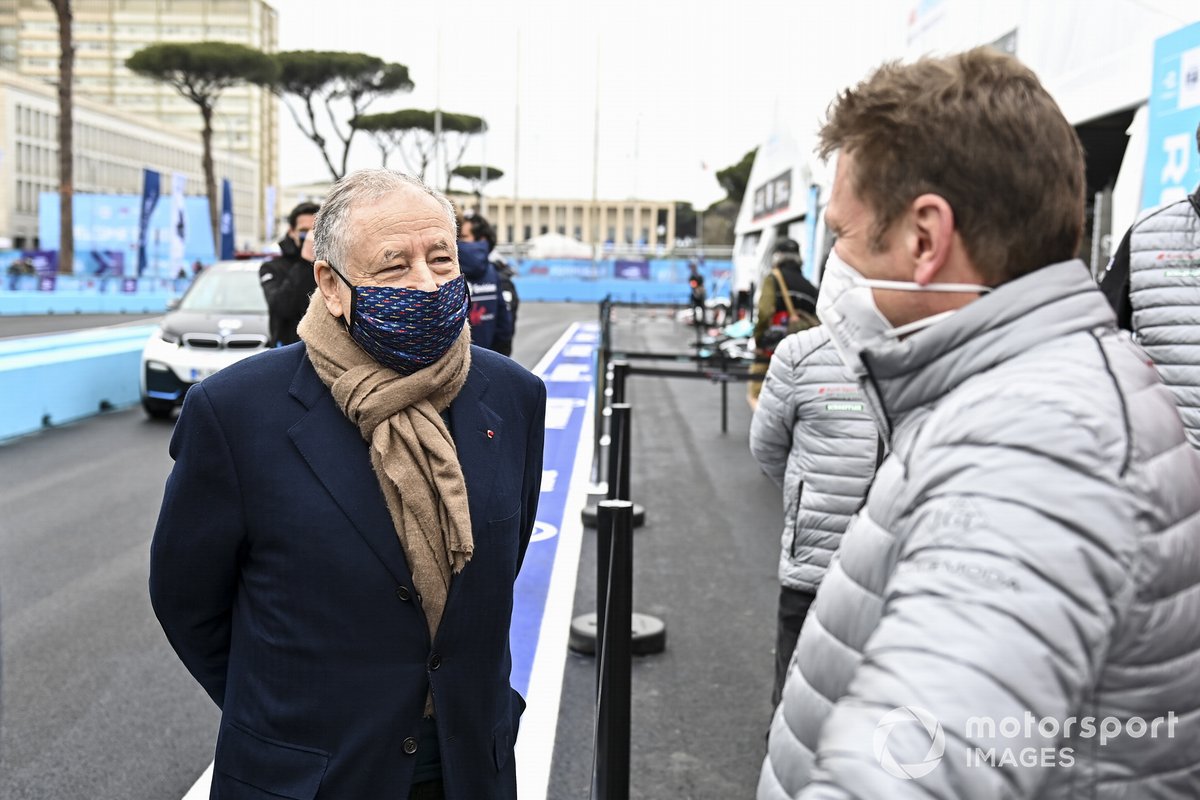 When asked by Autosport how Todt reckoned coverage of Formula E could be improved, he continued: “It's the work of all working together.

“For me, the success, you need to put in all the efforts.

“We need to inform well about it.

“We need to create interest.

“It's kind of a niche championship, comparable to none of them, so we need to make sure that we highlight that and honestly that's also our job [at the FIA] and [the media's] job.”

Formula E is currently working to formalise its own equivalent of the Concorde Agreement in Formula 1 to provide clarity to broadcasters over what contents teams and the championship can create to ensure they are not all fighting for the same audience.

This comes after the maiden round of Extreme E, which was broadcast in the UK via ITV1, BBC Sport services, BT Sport 1 and on Sky Sports Main Event.

Speaking to Autosport, Formula E chief executive officer Jamie Reigle said the series needed to pinpoint how it presents itself now it is no longer a brand-new championship.

He said: "We're no longer the fresh new thing.

“There's always a degree of curiosity about something that's new.

“We're an adolescent, to use that analogy.

“We've got all the attributes, but there's some very rational people at these media companies who are making the decision.

“'Do I show Formula E, or do I show handball in Germany or cross-country skiing in Poland?'.

“We need to really present ourselves in a progressive way and make it easy for them to promote us.”