Lucas di Grassi reckons the higher strength of the Formula E Gen2 car has had a "positive effect" on overtaking, despite criticism that it has led to increased contact levels

The new ABB FIA FE car was designed to be more robust overall after certain parts came loose during contact between the Gen1 machines, but the early races of the 2018/19 season featured more driver clashes than was the case last season as the grid pushed the new limits.

Those incidents led to the FIA introducing a process of stricter penalty application for contact, along with a 'yellow card' warning system, as revealed by Autosport.

Audi driver di Grassi argues that the greater strength of the car has helped FE avoid dull races, even if this does lead to more contact as a result of faster cars trying to climb the order from the mixed-up group qualifying format.

Di Grassi was eliminated from the last race in Monaco in a clash with BMW Andretti driver Alexander Sims, which was one of several incidents involving contact that led to a host of post-race penalties.

"[The incidents in Monaco were] a consequence of this mix-up in qualifying," he told Autosport.

"You put fast cars together with slow cars in the race so they have to overtake.

"The car allows for that, but if it didn't then I think the races would be super boring.

"Because, then, nobody would overtake anybody - it would be impossible.

"It's a positive effect that the car handles contact because people can try to overtake at tracks where it's almost impossible.

"If they were as delicate as Formula 1 cars, then nobody would overtake.

"There have been some discussions about making the cars weaker, but I'm not in favour of that.

"You could change the rear structure slightly to allow for less damage when there is contact, but it's quite interesting.

"Now the drivers are obeying the new rules, giving space and racing hard - that's what the fans want to see and that's what we want to do."

When asked if there had been a noticeable difference in driving standards since the stricter penalty approach came into effect ahead of the Rome race, di Grassi said: "For me, not counting [the Monaco] incident with Sims, yes.

"I think that since they have become stricter, drivers are more careful in how they behave on track." 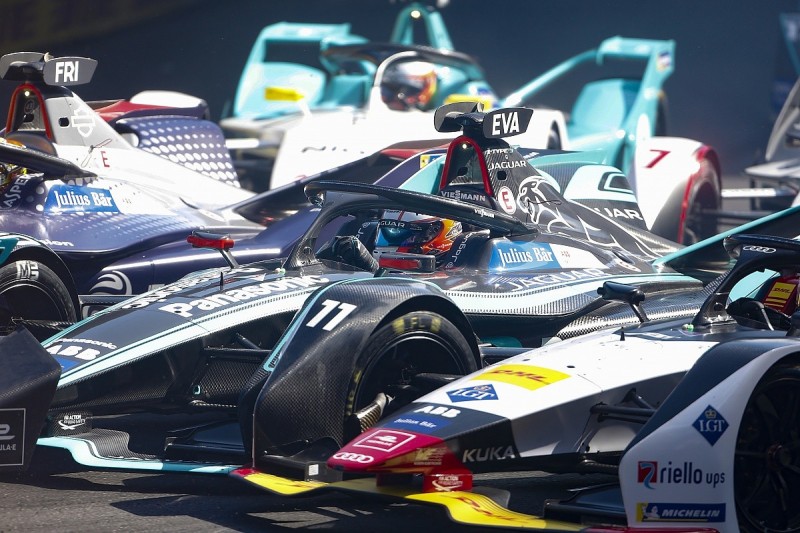