Evans was in imperious form after picking up the lead on the opening lap, and although his early momentum was halted by the first-lap crash that caused a lengthy delay in proceedings, the Jaguar driver was able to break-build over polesitter Oliver Rowland throughout the race.

The win was cemented as Rowland's Mahindra team-mate Alexander Sims hit the wall in the stadium, eventually resulting in the introduction of the Porsche Taycan safety car that froze the order to allow Evans to collect his win.

Starting third, Evans got a good launch off the line to immediately battle for the lead with Venturi's front-row man Lucas di Grassi as Rowland's start was poor and he dropped to fourth.

Di Grassi initially claimed the lead by keeping the inside line for the first corner, but it ultimately lasted a mere seconds. Evans spied an opportunity to dive down the inside of his Brazilian rival at the very next corner to collect the lead, in a bid to charge off into the distance.

But the race was then red-flagged after a multi-car pile-up at Turn 21, as Jaguar stand-in Norman Nato slipped into the barriers, and was followed in by Sebastien Buemi and Dan Ticktum.

Nyck de Vries joined them and submarined underneath Buemi's car; the Dutchman's halo fortunately keeping him out of harm's way, as Oliver Askew, Andre Lotterer, Nick Cassidy and Oliver Turvey were also swallowed up in the incident.

After a half-hour clean-up operation to extricate the cars and rebuild the barrier, the race resumed. By this point, the circuit was beginning to dry up as the rain that had peppered the Sports Complex over the afternoon had abated. 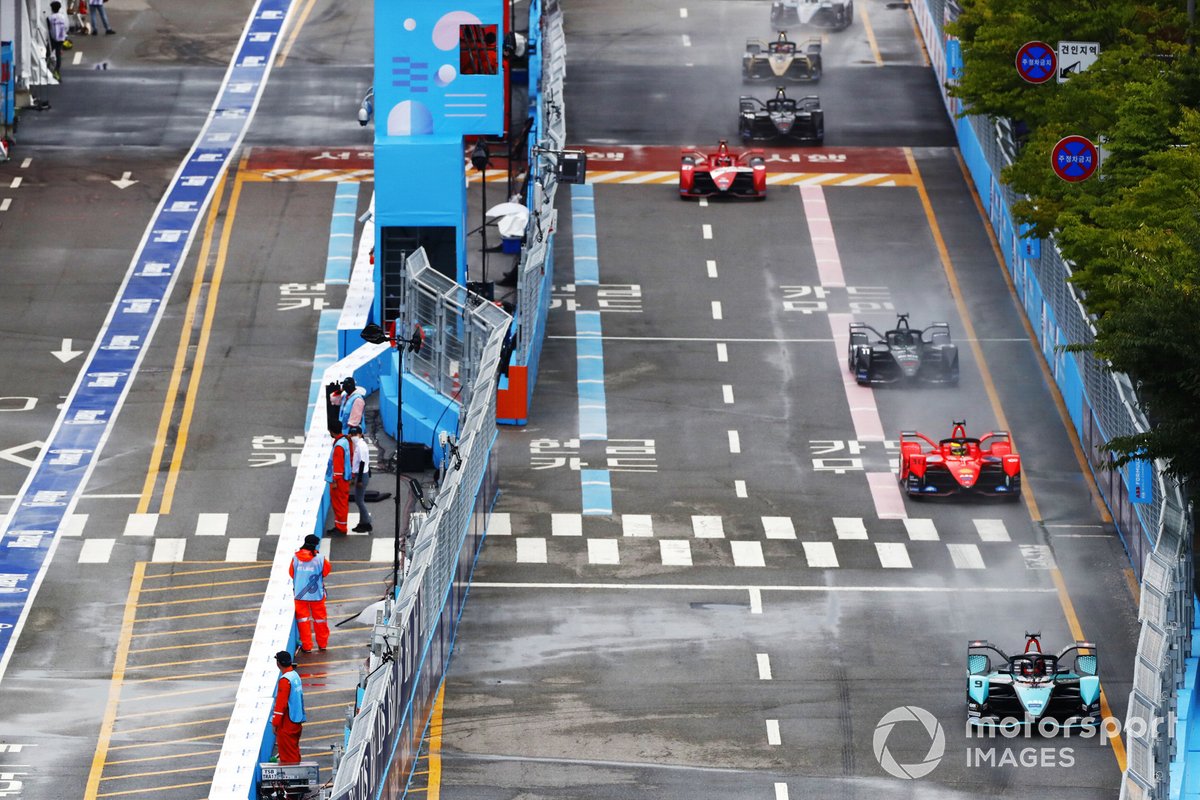 Evans batted away Rowland - who had cleared di Grassi in the stadium before the race was stopped - at the restart with consummate ease, and began to forge a lead in his efforts to try and keep his hand in the championship.

By the halfway point of the race, Evans was two seconds to the good over Rowland, and the gap continued to steadily grow as he had enough energy to invest into building his lead.

But Evans was then unsettled by a slight moment four laps from home as he locked up into Turn 22, admitting after the race that he was slightly distracted by the pitting Antonio Giovinazzi ahead of him - essentially halving a nearly three-second gap over Rowland to give the Mahindra driver a chance.

If Rowland had a glimmer of hope, it was immediately wiped out by Sims who endured his third trip into the wall of the weekend, losing grip in the stadium complex and fatally wounding his Mahindra machinery.

It brought out an initial full course yellow period in the dying stages of the race, but that was followed up by a safety car to conclude the race and grant Evans his fourth win of the season.

Rowland was untroubled by di Grassi after the first lap, claiming Mahindra's first podium of the season to help the team leap above Nissan e.dams in the teams' championship.

Di Grassi thus collected third and became the first Formula E driver to break beyond the 1000 point marker, on the brink of his 100th race in the championship. 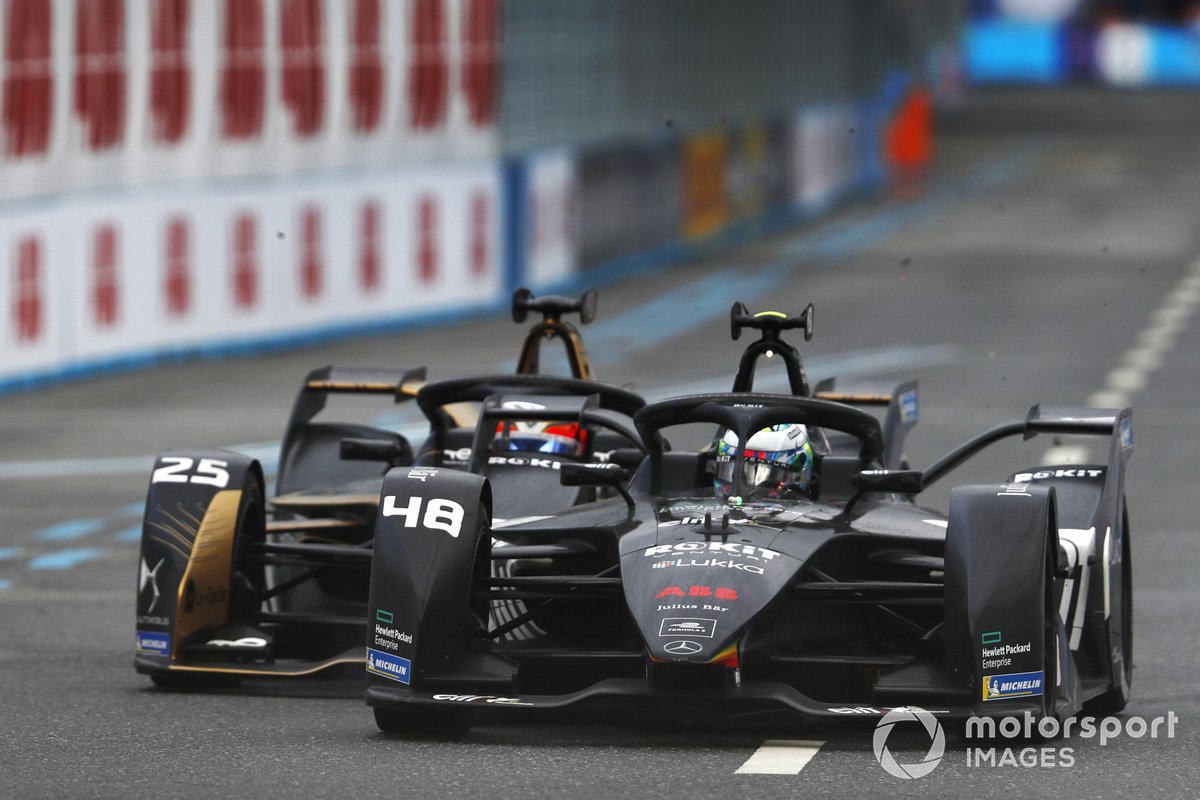 Mortara was ruled out of title contention after a scrappy race, earning a penalty for blocking Vergne before retiring with a puncture

Avalanche Andretti driver Jake Dennis collected the fastest lap of the race en route to fourth ahead of Vandoorne, who manoeuvred his way past Jean-Eric Vergne to minimise any damage to his championship lead.

The DS Techeetah driver had earlier been in the wars with di Grassi's team-mate Edoardo Mortara, hitting his rear as the Venturi driver moved twice to keep the Frenchman at bay. This earned Mortara a penalty as Vergne was left with nowhere to go, but that proved a moot point as the Swiss ace retired later on with a puncture.

This put Mortara officially out of the championship running, and makes Venturi's life harder in the teams' championship as it lessened the hit that Mercedes took following de Vries' retirement.

Pascal Wehrlein (Porsche) was seventh ahead of Envision's Robin Frijns, who did well to avoid the pile-up and benefitted by moving up eight places from his starting berth.

Antonio Felix da Costa ended the race in ninth place, as Nick Cassidy employed a late attack mode strategy to move past Maximilian Guenther for the final point of the race.

Sergio Sette Camara fell back after impressing in qualifying, with Dragon Penske's energy saving once again lacking compared to the other teams, as Nato was last of the 13 classified runners.