Saudi Arabia to host Extreme E's desert round in 2021

The event's exact location in Saudi Arabia - which will host the 2020 Dakar Rally - will be determined in the coming months, per an XE statement.

The desert round is the third XE location to be revealed, following the Artic round that is to be held in Greenland and the Amazon location set to be in Brazil's Para state.

"One of the major cornerstones of this revolutionary championship is that we will race across terrains and environments that will push the world's top drivers, teams and engineers to their absolute limits," said XE founder and CEO Alejandro Agag.

"For our desert location, we are taking a real leap into uncharted territory.

"Heading to Saudi Arabia, home of the world's largest continuous sand desert among a multitude of extraordinary environments in which to race, gives us unbelievable scope to create an unprecedented challenge for our competitors."

XE's statement explained that the main priority for the desert round will be for the cars to "race in an extreme desert environment, where electric SUVs can show their capacities to race under the harshest conditions". 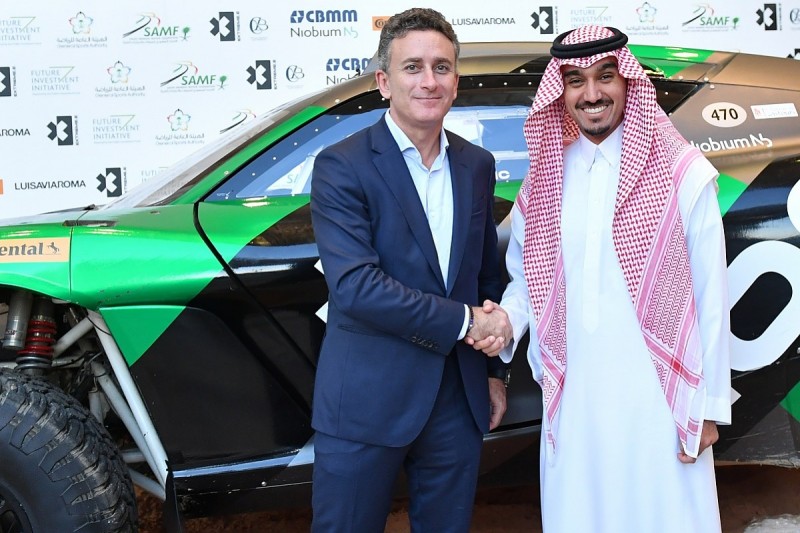 Prince Abdulaziz bin Turki AlFaisal Al Saud, chairman of the Saudi Arabia General Sports Authority, said that hosting an XE event - which will be promoted by Carlo Boutagy, the CEO of the CBX company that also promotes Formula E's Diriyah E-Prix - was part of the country's Vision 2030 reform plans.

"Welcoming Extreme E to Saudi Arabia is the perfect opportunity for the country to strengthen the sporting pillar of its Vision 2030 - delivering world-class electric motorsport to the desert," said Prince Abdulaziz.

"I am a racing driver myself, so the notion of contributing to the growth of the sport - and its electric future - is a source of great pride."

XE's ODYSSEY 21 prototype was fully tested for the first time recently in its development process at the Chateau de Lastours test venue near Narbonne in southern France - the same facility used by Peugeot when the manufacturer had a works Dakar programme.

The locations for the remaining two rounds of XE's first calendar - set to be an "Ocean location and a route in the Himalayas" according the championship's statement - are currently being assessed.