The prototype car being built for use in the Extreme E electric off-road SUV racing series has had its first day of full testing as part of its development process.

The ODYSSEY 21 machine, which was run for the first time in public at the 2019 Goodwood Festival of Speed, was driven by World Rallycross drivers Timmy and Kevin Hansen and TCR Scandinavia driver Mikaela Ahlin-Kottulinsky at the Chateau de Lastours test venue near Narbonne in southern France.

The facility was used by Peugeot when it had a works Dakar Rally programme and the four-day test, which will continue until Friday, has been organised in conjunction with Continental, the championship's tyre supplier.

Before this week's test, the ODYSSEY 21 had only previously been driven in shakedowns by XE engineers from Spark Racing Technology, which is producing the car, and Ahlin-Kottulinsky during FoS demonstration.

That outing was conducted at a set slow speed as the car was then only equipped with a motor built by Spark for the first Formula E season - Spark is also the chassis supplier for that championship, which will be XE's operations partner.

That motor, when run at Goodwood alongside a modified Gen2 FE battery produced for the prototype ODYSSEY 21 by McLaren Applied Technologies, could not achieve the car's projected performance range and so had to run at low speed.

For the first performance test, the car has been fitted with the final XE motor and is being driven in all-wheel drive specification for the first time.

"The end of this week is for tyres and basically before that we're having fun with some professional drivers, who will give the first feedback on how the car behaves and what we need to do," Spark technical director Theo Gouzin explained to Autosport.

"We will have some damper set-up [work], just to make sure that when we do the tyre test we have a good balance and an efficient car."

The Hansen brothers completed the first day of the test, with Ahlin-Kottulinsky conducting the rest of the running in her role as Continental's test driver.

All three are member's of XE's driver programme. 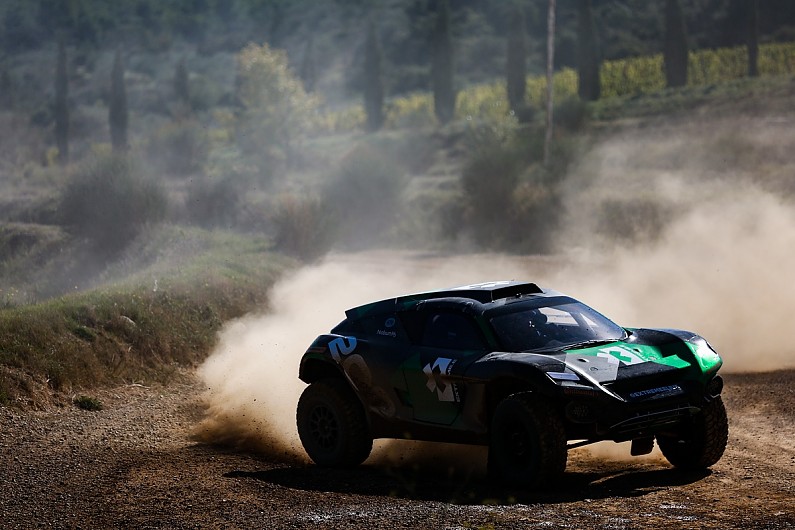 "I was surprised in many ways - it handles like a performance car and I was expecting a heavy car, a lazy car - a soft one.

"But you brake and start to push and it just feels natural, which is a very good job from the engineers to make a car feel just like it should be feeling this early."

Timmy Hansen said that "compared to a rallycross car it's incredibly good driveability".

"You lift the throttle and there is nothing, like you want, and when you press a little there is a little," he added in response to an Autosport question regarding comparing the ODYSSEY 21 to a rallycross car.

"So that is nothing you can get from a normal engine. And I'm used to driving with anti-lag and all sorts of systems that disturb a bit. But in the [rallycross car] it's good.

Ahlin-Kottulinsky explained that the tyre running is intended to test the ODYSSEY 21 "to the maximum to see how the tyres are performing".

"[Then Continental will] think about if there are any changes we want to make," she continued to Autosport.

"The two different tracks [at Chateau de Lastours, a short gravel course and a mountain pass] are two different types of tracks and challenges, so it will be the first proper test and we're all really excited about it." 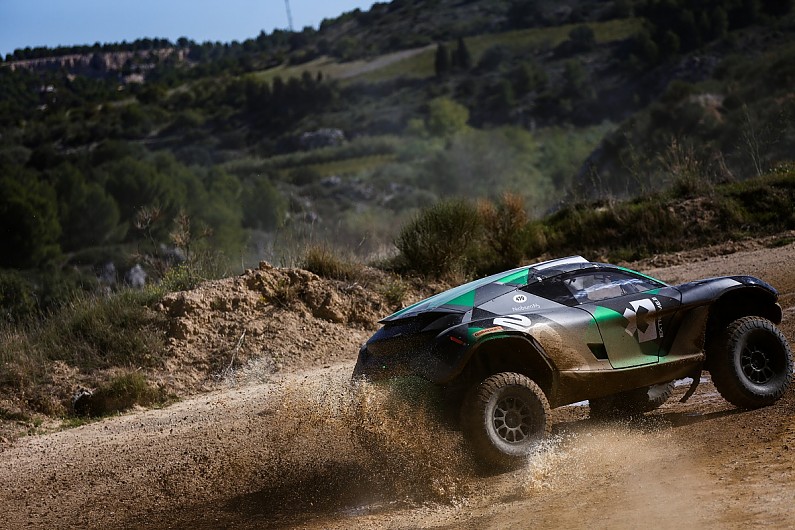 XE will continue to develop the prototype ODYSSEY 21 before building the 12 cars intended to be used in the first championship, which is slated to get underway in 2021.

The bespoke Williams Advanced Engineering-produced battery is expected to be ready in February 2020.

The teams entering the series - Venturi, ABT, HWA and Veloce have committed so far - are set to receive their cars next August.

Group testing will then be completed ahead of the initial campaign, which is set to feature five rounds in locations that have been damaged by climate change.

The first two locations to be revealed are a region in Greenland and a damaged part of the Amazon rainforest in Brazil's Para state.