Formula E races in Saudi Arabia could move to a new location as part of the country's plans to boost domestic tourism, Autosport has learned

FE has a little over eight years remaining on its 10-year contract with the Saudi Arabian General Sports Authority to host a round in the nation - with no location receiving exclusivity.

The 2021 Diriyah E-Prix night races will be the third time the Riyadh Street Circuit has been used, with the inaugural 2018 event marking the championship's first race in the Middle East.

But a new location is under consideration as part of government efforts to highlight more regions of the country to promote domestic tourism as part of the Saudi Vision 2030 programme.

This has been devised to shift away from the nation's reliance on oil for economic growth, following the price collapse in 2014 and 2015.

"The cost of making a [city street] race track is not even as close to the cost of building a permanent circuit.

"It is actually feasible and justifiable to move between different locations." 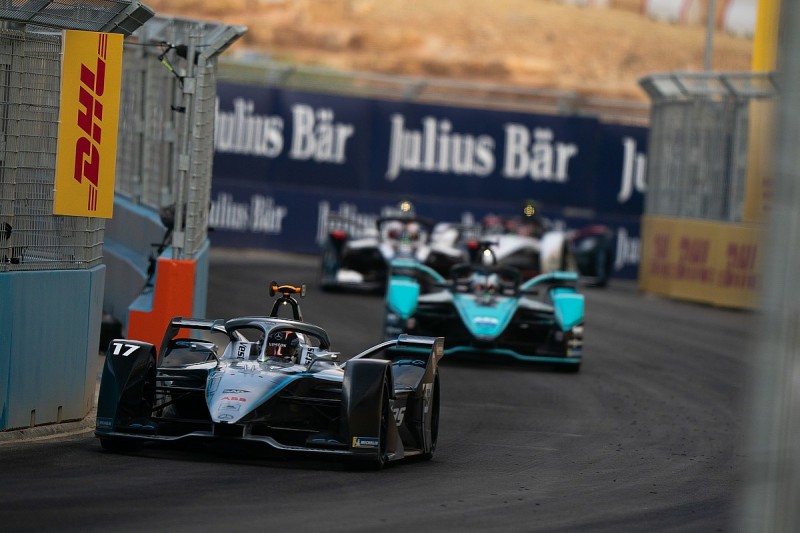 Boutagy added that a final decision to move locations would come from the Saudi Crown Prince Mohammad bin Salman, who first announced the Saudi Vision 2030 project in 2016.

As part of the framework, several cities have been earmarked for major development.

These include the capital Riyadh, the coastal city Jeddah and Neom - with Salman outlining plans for a 150-mile-long mega city that could link Jordan and Egypt.

Boutagy added: "Would I be sad to move [from Riyadh]? Yes.

"But hearing where we're going to go, if we go, and if it's approved, I'm excited.

"It's totally different. It's around the corner, not very far.

"It's in a new city that's going to be developing and I'm very excited to go there and show it to the world.

"It will be the first thing there."

A more likely candidate is Qiddiya, which will host Formula 1 from 2023, is situated 30 miles from Riyadh, and is part of a major commercial and entertainment complex being built.

Alberto Longo, FE co-founder and chief championship officer told Autosport: "Heading into our third year of incredible racing spectacle and having staged world-class entertainment and concerts while previously racing in Saudi Arabia, we would be open to exploring other locations, following the guidance of the Ministry of Sport and local promoter in the country, ensuring the conditions were right.

"The location in Diriyah has been made for Formula E and we love it - it's arguably one of the most challenging and exciting race tracks in the calendar for teams and drivers and keeping that element is important.

"This season, the Diriyah E-Prix brings another exciting new element and a first for the championship, a Formula E night race."

The new Formula E season is set to commence in Saudi Arabia on 26-27 February.