Formula E drivers reckon “it’s not short of a miracle” that this weekend’s double-header Rome E-Prix has been organised as Italy extends the state of emergency of in the country.

Italy is presently seventh on the list of countries in which confirmed cases of the coronavirus are spreading most rapidly and it has also extended its state of emergency until 30 April.

Rome - in the province of Lazio – has recently been eased from a red zone and is now classified as orange, which means a curfew plus travel bans between cities remain in place.

This follows an Easter weekend when the top restriction levels were imposed nationwide.

The Rome E-Prix on a revised circuit layout in the EUR region also marks the first bona fide street track on the Formula E calendar since the Bern E-Prix on 22 June 2019.

All subsequent races have been held at temporary circuits, in parks and at airfields.

Audi driver Lucas di Grassi praised that the race has been able to go ahead, saying: “Congratulations to Formula E and to everybody from Rome that has allowed this race to happen.

“It is not short of a miracle that we are here racing this weekend with all the right protocols and everything.

“It is fundamental that we go back to racing street tracks like we are racing with weekend.”

The Rome E-Prix has four years remaining on its deal with the series to host races and city mayor Virginia Raggi, who is seeking re-election in 2021, is a major proponent of the event. 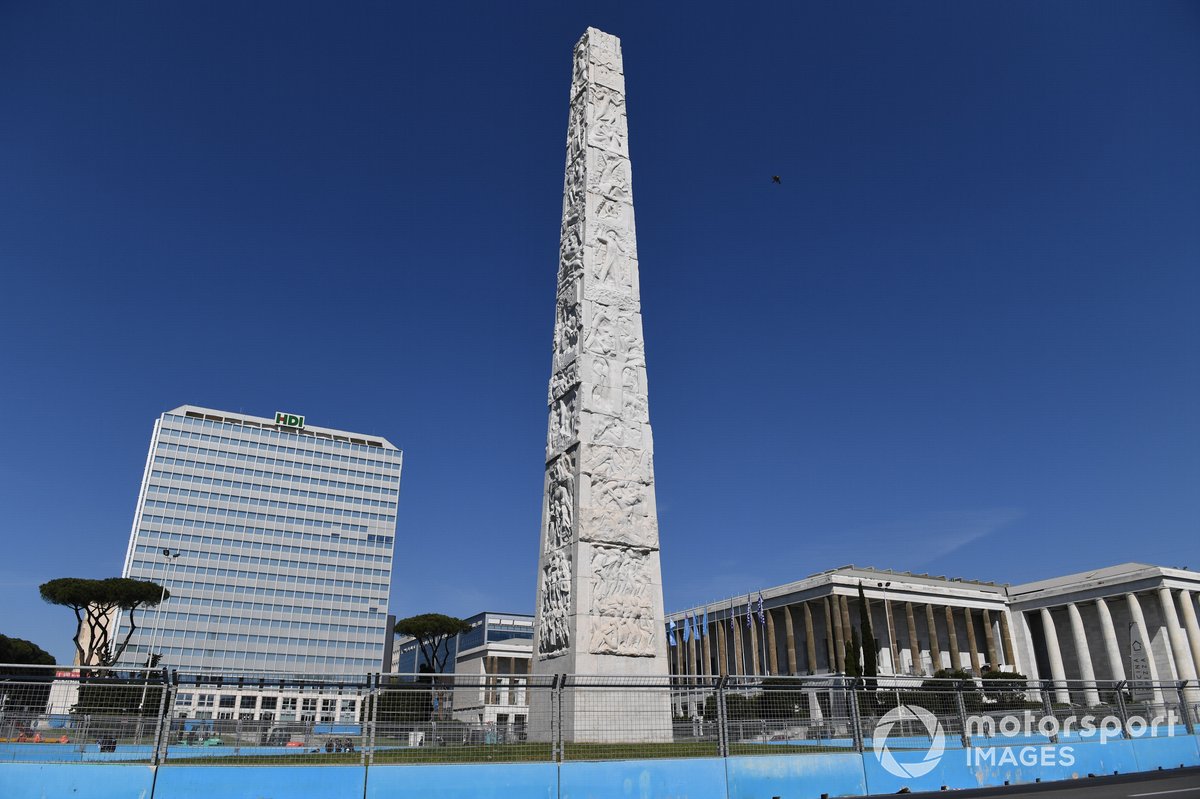 Jaguar Racing driver Sam Bird, who won the inaugural Rome E-Prix in 2018, added: “I want to echo what Lucas said.

“A lot of acknowledgement needs to be to Formula E and to everybody that made this happen.

“It is a bit of a miracle we are here racing in such an iconic city.

“Given the circumstances, it’s amazing.”

Last month, Rome was modified to become a double-header with the next round in Valencia also boosted to two races with the Marrakech E-Prix set to be cancelled for this year.

Formula E has also delayed the announcement of the remainder of the schedule for this season, with the final update now thought to go public at the end of this month.

He said: “This is really what Formula E is and is about.

“It’s in the DNA of the championship and we should really be pushing to continue to build these tracks in city centres.

“I am very much looking forward to actually getting the real Formula E experience.”